12 Tech Innovations That Will Change The World By 2020

With improved smartphone capabilities, wearable devices that monitor your health, and virtual reality developments rapidly expanding, we live in an exciting time for advances in technology. There are some game-changing tech innovations in the works that could dramatically impact everyday life in the next 5 years.

After scouring the internet, we were able to compile this list of tech innovations you’ll see by 2020. We advise that you prepare for the robot takeover accordingly.

Jibo is advertised as the world’s first ‘social family robot’, but how much can this desk lamp/Wall-E hybrid do for you? Jibo’s greatest feature may be that it can recognize the face of everyone in your family to deliver messages to the right person at the right time.

It can also read stories to your kids and order takeout, with artificial intelligence that helpsit fit in with your lifestyle. It runs on AC power, with an included charger pad that stays underneath the Jibo wherever you place it. Jibo was a smash hit on Indiegogo, raising almost $4 million last year.

2. Work From Home Or Attend Meetings Remotely With This Creepy Robot

Ever wanted to attend a meeting or work from home without lag and limited camera angles? With BeamPro, now you can. Anyone with a computer can use BeamPro and navigate the device with a keyboard, game controller, or mouse. The camera gives a similar visual angle as you would have being there in person.

The possibilities of BeamPro are endless – imagine never having to make a phone call or Skype meeting again. Instead, you can invite people to use BeamPro to have a discussion in person, while in your office space. The price may need to come down before we see more of these devices in the workplace, but they have the potential to change working from home as we know it.

3. Wearables That Change Your Mood And Make You Healthier 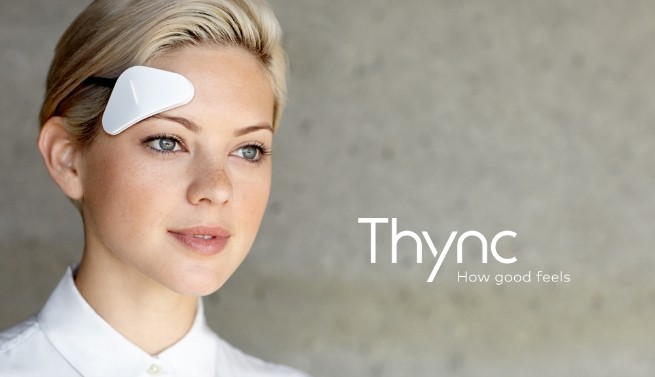 2015 so far has brought us the Galaxy Gear, Apple Watch, Fitbit and other wearables that seem to be the latest trend. But you probably haven’t heard of Thync, a wearable that promises to make you feel more calm or energized – with simple vibration patterns you control with your smartphone.

There’s also the Healbe Gobe, a bracelet that claims to be the only way to automatically measure calorie intake (through your skin). The device is more than just an ordinary health tracker, it can estimate your calorie intake within an 80 percent margin of accuracy. Though they may be ahead of their time, wearables with enhanced capabilities like these could be more popular in the next five years.

A 3D printer that prints delicious healthy meals? It may be coming in the near future – several devices are already in the works and will soon be hitting the shelves. Currently, the most these food printers can do is prepare food, you’ll have to bake the dishes yourself. They probably won’t be in everyone’s kitchen until they’re capable of producing fully cooked meals, which could be possible in the next few years.

Remember this? Amazon Prime 30-minute air delivery was all over the news last year, then quickly forgotten when drone restrictions pushed back development. Amazon isn’t giving up on the race for instant delivery, but ultimately the Federal Aviation Administration will determine if this service will ever exist.

If flying regulations for drones change, same-day drone delivery could be implemented within the next five years. 30 minute delivery would only cost an additional $1 to Prime members. Amazon just recently proposed a plan for a drone superhighway in the sky that would allow their drowns to have a separate flying zone. 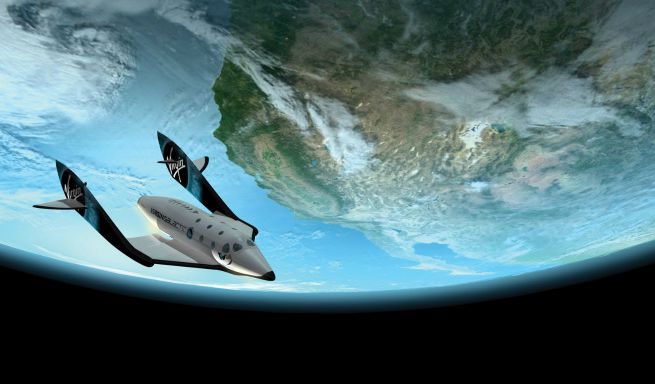 You may have heard of Virgin Galactic – the commercial spaceline backed by celebrities and famous investors. Commercial space travel is an industry that’s sure to take off before 2020, with space hotels and orbital space balloons currently in development. Virgin Galactic founder Richard Branson still plans to launch in 2016, despite a crash last year that resulted in the death of a pilot.

Though you may have already seen sunscreen pills on the market, but they’re nothing like what you may find in grocery stores within the next few years. In 2011, The Guardian reported that researchers were developing a sunscreen substitute from, believe-it-or-not – coral.

There’s a scientific race going on right now to develop a pill that would be an effective substitute for regular slathered-on sunscreen. The sunscreen pills you see today are only supplemental to sunscreen, but one day soon we may have a pill that we could take for full UV protection.

8. The Dawn of Virtual Reality

This video gives a demonstration of the Cyberith Virtualizer, an immersive gaming device that pairs with a virtual reality headset. The user can run, walk, and even jump while using various controllers to perform actions like shooting an arrow, casting spells, and more.

2016 is going to be a huge year for virtual reality with the debut of the Oculus Rift headset, virtual reality gaming centers, and accessories like the Cyberith that will enable gaming to be more realistic than ever before.

9. Supersonic Jets That Cut Travel Time in Half

Most of us probably won’t have $80 million lying around in a couple years, but the Spike Aerospace s-512 is still an innovation worth noting. This personal jet can fly from New York to London in just three hours, a flight that would normally take over six hours. The s-512 is going to add a substantial value to those who conduct business overseas, but could also spawn an era of faster planes that are twice as efficient.

Wireless speeds 66 times faster than what we currently have could be here by 2020 (though widespread availability won’t be until a few years later), and it will change everything. This article from CNET explains that 5G speeds would enable us to download a two hour long film in 3.6 seconds, compared to 6 minutes with 4G and 26 hours at 3G speed.

Analysts suggest the number of devices connected to a mobile network will more than triple by 2020, from 5 billion in 2015 to 25 billion by 2020. With that many devices fighting for bandwidth, wireless speeds will have to compete in order to keep up. 5G research and development is expensive, so is restructuring existing networks – so phone bills may also increase.

Most of us are familiar with Google Translate, a free online service that can translate almost every language. What you probably aren’t aware of is that with our help, Google Translate has been improving its language recognition.

Google Translate will eventually be able to use real-time speech translation, so a user won’t have to enter text to be able to translate. Google’s head of translation services estimated it will only be a few years before their service will work well enough for global use.

Alright, we had to stretch the dates a little to include this one, but it’s a project that’s currently in development and worth noting. In 2013, the Mars One mission was all over social media and the news – several candidates were going to be selected to inhabit Mars on a live reality TV show.

It’s about as far-fetched as it sounds, but even after wide media scrutiny that the project will fail, CEO Bas Lansdorp insists it’s still possible.

100 applicants were recently selected out of their initial pool of 200,000 to move on to the next round of selection. Funding may be a setback for the Mars One mission, but Lansdorp remains enthusiastic that they will be able to raise the money with TV deals and crowdfunding.

What’s your favorite item on our list? Were there any we missed?

Let us know in the comments and thanks for reading!