5 Music Streaming Sites to Use Now That Grooveshark is Dead

“Dear music fans, today we are shutting down Grooveshark.

We started out nearly ten years ago with the goal of helping fans share and discover music. But despite best of intentions, we made very serious mistakes. We failed to secure licenses from rights holders for the vast amount of music on the service.

That was wrong. We apologize. Without reservation.”

As of April 30th, Grooveshark is officially sleeping with the fishes. If you try accessing the once-popular music streaming service today, you’ll be greeted with the depressing message shown above. Like Napster, Limewire, and many others, Grooveshark was finally wiped out by the strong arm of the law.

The company’s downfall comes as no surprise, as all four major record labels simultaneously sued the company back in 2011. Grooveshark CEO Sam Tarantino described the time period as “a year of getting punched in the face 10,000 times” and even declared himself broke. That lawsuit was only one component of what was the beginning of the end for Grooveshark, but the company still fought back.

One effort was in the debut of a new feature: user-generated radio stations. This feature, called Broadcast, lets users create playlists of songs with 30 seconds of their own recorded audio to mimic a real radio broadcast. Tarantino called it “The first ever truly democratized radio platform”, but users never really caught on. 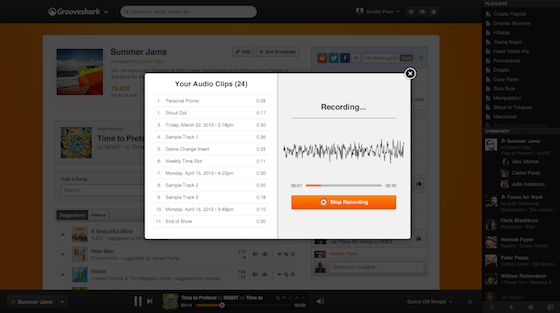 This was likely because it failed to differentiate itself from its much larger competitor Pandora radio, which had 81.5 million active listeners by the end of 2014. Grooveshark also made the mistake of charging $9 a month for the mobile app version of Broadcast while similar music streaming apps were available for free.

But that doesn’t mean Grooveshark wasn’t popular, in fact – Grooveshark actually had more active users than Spotify in 2013 with 35 million active users every month. Despite its popularity, years of legal battles proved the company’s fatal flaw was streaming music without providing proper compensation to artists.

In 2007, Gooveshark’s CTO encouraged employees in a company email to “post as much music as possible” and “leave computers on whenever you can”. This specifically included creating dozens of user accounts to upload the most popular and current songs so Grooveshark could continue to ‘seed’ or share music with other users. Grooveshark was a file-sharing service, so as more accounts were actively seeding music – songs were being downloaded faster by other users.

Grooveshark gave us on-demand music and best of all, didn’t force us into downloading any additional software or connect with our Facebook account. For the millions of users who were disappointed to find their online music collection and playlists gone today, here is a list of music streaming services you can start using instead.

Spotify is quickly becoming the most popular on-demand music service. Spotify offers unlimited music streaming on its desktop version and a $10 paid Premium subscription for access to unlimited streaming on mobile. 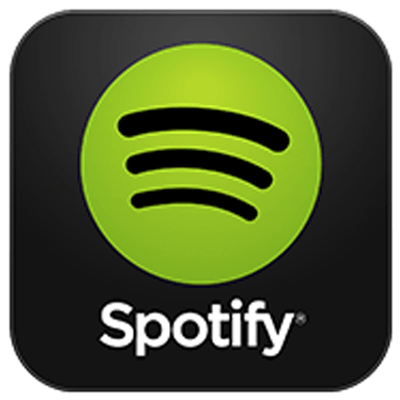 Why it’s great: Spotify is my personal favorite for on-demand music on-the-go. Right now you can try their Premium service for 99 cents and get three months free. With Spotify Premium, you can listen to any song you want without ads and take those songs with you wherever you go. Unless you’re a Taylor Swift fan, it’s hard not to find the song you’re looking for on Spotify’s library of more than 30 million songs.

It’s still worth it to download Spotify on your phone even without Premium, because the free version still lets you listen to your playlists on shuffle mode. The free version also lets you use their radio feature, which sometimes offers good suggestions. If you’re looking for on-demand music – choose Spotify, but there are much better options for online radio.

Pandora is hands-down the best online radio service in existence, and the numbers don’t lie. The chart below shows the number of active monthly users for different music streaming services in 2013 and Pandora’s massive leap over the competition. Pandora’s popularity has never bowed to imitators and still dominates the music streaming business. 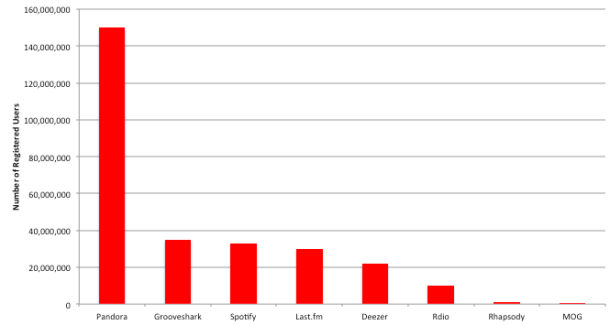 Why it’s great: Pandora simply gives users what they want – streaming that takes away the hassle of finding new music. Though it may have less songs than its competitors, Pandora incentivizes listeners to stay tuned with song suggestions that are actually worthwhile. Pandora is one of my most frequently used streaming services and the way I’ve discovered many great songs and artists.

iHeartRadio is the only completely free service available on this list and one of the fastest growing. It combines online music streaming with over 1,500 live radio stations, so users can choose to listen in or start their own station based off of a song or artist. The best part? Your custom stations are completely ad-free. 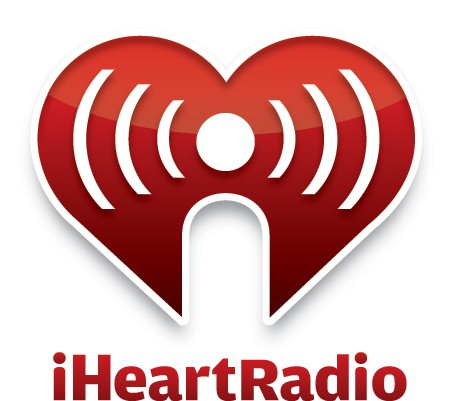 Why it’s great: The fact that iHeartRadio doesn’t have a monthly listening fee and still has ad-free listening shows why it is one of the fastest-growing streaming services in 2015. Though it has many of the same features as the other platforms on this list, the key features of iHeartRadio are the assortment of live radio stations to choose from and ad-free listening.

The only thing you may know about Tidal is that it’s owned and advocated by Jay Z, who is currently accusing rival music streaming services of a smear campaign. Tidal has accrued popularity with its “pro-artist” standpoint, seemingly in an attempt to convince everyone that by paying more for its service, artists will make more money. Regardless, Tidal has some features like HD video integration and high quality sound that could be worth the cost. 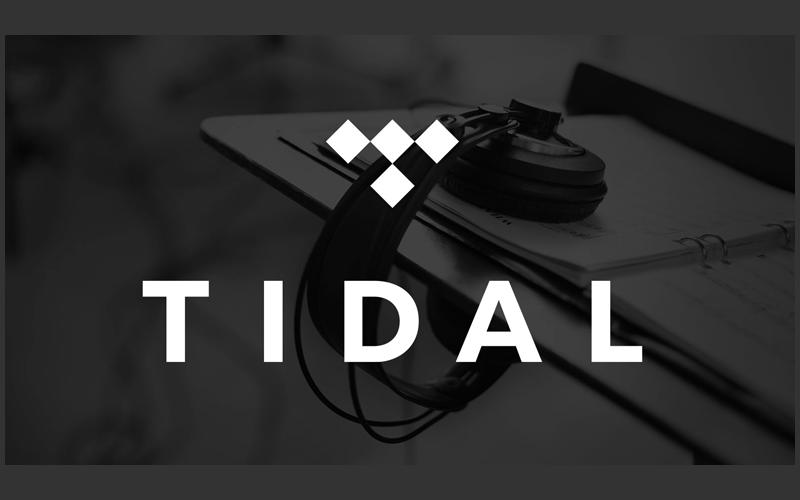 Why it’s great: Tidal’s $19.99 a month Hi-Fi plan claims to offer the highest quality music streaming you’ll have access to.  Though Spotify’s $10 per month plan streams at the “extreme quality” of 320 kbps, Tidal’s “lossless” sound is supposedly highly superior. You can test Tidal’s lossless sound on their website: http://test.tidalhifi.com/ Can you tell the difference?

Rdio is one of the most cost-efficient music streaming services on the list, as it offers multiple discounts for students and families. With Rdio’s paid subscription, you get unlimited music streaming and discovery that’s well integrated in both the mobile and desktop versions.

Why it’s great: Rdio’s family plan is the biggest perk of the service, as you can get up to 5 subscriptions per family for only $29.99. Like Spotify, students also get a 50% discount off the regular price. Rdio also has better social features, like being able to “follow” people you know on Facebook and Twitter to see what your friends have been listening to. It also has a radio station called “You FM” that plays songs based off of your listening habits, history, and music collection.