Note: Adobe’s willingness to put its services in the cloud shows its attention to the market and more importantly, to its customers. Host with NetHosting to get that same kind of dedicated support for your servers.

Adobe released most of its CS6 collections yesterday, while suggesting that its all-inclusive Creative Cloud subscription service would be released Friday.

Software-as-a-Service (SaaS) has been implemented more and more as the popularity and reliability of the cloud has increased. Companies with software traditionally known for selling individual copies of products have embraced the cloud and how it can increase sales. For example, yesterday Adobe began selling Creative Suite 6 in a number of packages to specifically fit the needs of different consumers (professionals versus hobbyists, etc.). Starting on Friday however, the company will begin selling CS6 through a new Creative Cloud subscription. 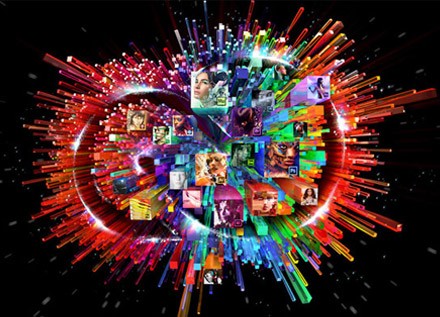 With the Creative Cloud packages, users can have access to all of the software available in CS6 (unlike the different packages like Master Collection, Production Premium, etc.). The whole collection will only cost $50 per month if the user signs up for a full year of use, and $75 per month for users who don’t want to commit to any specific time frame of using the service.

Unlike some cloud computing setups, CS6 runs all apps locally on the user’s machine. In addition to getting the apps, users are also given 20GB of cloud storage space. While that’s a lot more storage space than some cloud storage services like Dropbox, Microsoft’s SkyDrive, and Google Drive, it has to be considered that Adobe CS6 app files will be much larger than many of the file types that are traditionally stored in the cloud (like music, text files, etc.).

For tablet users, the Creative Cloud also includes its Touch line of apps, Lightroom 4, Edge, and Muse. Edge and Muse are not included in the Master Collection (the most expensive package intended for the most extensive CS6 users). For interactive web page design, Adobe released Edge just recently, and Muse is geared towards website designers who don’t have a background in programming.

Note: Companies are realizing that many users who want to take advantage of the Internet don’t know how to program. That’s why we offer WordPress with our hosting services so you can get your site up and running in no time.

In March, CNET surveyed its readers and found that 41 percent didn’t think the Creative Cloud was worth the monthly fee, compared to the 32 percent who thought of the idea and service positively. Overall, 62 percent of those surveyed on the site thought the price was too high. So while the Creative Cloud sounds good in theory, it might prove to be a hard sell to get users to swap the traditional concept of buying software outright to the idea of SaaS.

The buzz of the web hosting industry today is certainly the cloud. Affordable cloud hosting is the big ticket seller for many hosting services because it can be paired with products to make them more accessible for clients. If Adobe can successfully get users to swap out their CD keys for memberships to their cloud services, then the cloud will have more clout than ever.

The Creative Cloud is only intended for individual use. Later this month, Adobe is planning on releasing a Team edition of the Creative Cloud for businesses that will require a year commitment with a $70 per month charge.

For those Creative Suite users who already own a previous iteration of the software, a cheaper upgrade option is available for CS6. However, Adobe has also sweetened the Creative Cloud deal by offering upgrading owners an introductory $30 per month fee. Instead of losing full-cost sells due to those who simply upgrade, the company hopes to hook some new Creative Cloud customers with a low starting monthly cost.

More than just SaaS, companies have expanded cloud services into Platform-as-a-Service as well. Check out our blog post about Google’s PaaS BigQuery to learn more.