Note: A slow-responding storage solution may work for some businesses, but most people need quick access to their data and customers want quick access to websites. Try NetHosting’s cloud hosting today to get great access times to your information.

The majority of consumers today demand instantaneous service and instantaneous results. Web hosting companies, website developers, app creators, and frankly any business owners with an online presence know this. So it would seem counter-intuitive to offer a service that can store data forever, but is accessible after a three to five hour wait. And yet, that’s exactly the service that Amazon just announced. Amazon Glacier guarantees to back up user data for centuries, for just one penny per gigabyte a month. The catch is whenever you’d like to get to that data, you’ll be waiting for hours on end. Long-lasting and slow – like a glacier. 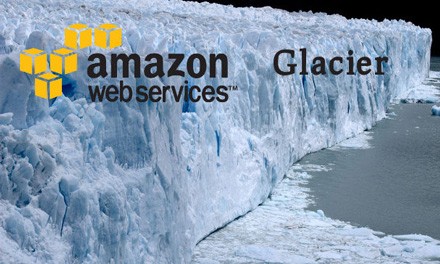 Amazon hasn’t yet released specifics, like what technology is powering this service. One reporter hypothesized it was tons of high-capacity but low-cost discs. Others are more inclined to assume it’s a massive magnetic tape library. The only official response Amazon has given about the technology is, “Glacier is built from inexpensive commodity hardware components” and is “designed to be hardware-agnostic, so that savings can be captured as Amazon continues to drive down infrastructure costs.” There is an assumption among the industry reporters that Amazon, despite going for a cost-efficient solution, has tested the reliability of the technology behind Glacier. Amazon promises 99.999999999 percent durability for every item archived with Glacier.

With all archival storage however, there is an asterisk. Amazon assures consumers that Glacier could sustain even if data was lost concurrently in two data centers, but there is still risk that one catastrophe or another could wipe out your data. And despite that great durability rate, it can still work out to data loss if you’re storing a large amount of data. Amazon preps customers by explaining that if, for example, you store one terabyte of data, you will most likely lose ten bytes per year. All things considered, that’s not too much loss for the pennies it’ll cost every month.

Note: Data loss can be catastrophic, but so can hardware failure. Try dedicated hosting with NetHosting today to get our 100% hardware replacement guarantee – anything breaks and we’ll replace it within the hour.

CTO of Amazon Werner Vogels wrote in his blog, “Building and managing archive storage that needs to remain operational for decades if not centuries is a major challenge for most organizations. From selecting the right technology, to maintaining multisite facilities, to dealing with exponential and often unpredictable growth, to ensuring long-term digital integrity, digital archiving can be a major headache. It requires substantial upfront capital investments in cold data storage systems such as tape robots and tape libraries, then there’s the expensive support contracts – and don’t forget the ongoing operational expenditures such as rent and power.”

For those looking to archive massive amounts of data outside the U.S., the price increases. Customers in Europe will pay 1.1 cents per gigabyte per month for storage and Japanese residents will pay 1.2 cents per gigabyte per month. Amazon won’t charge customers who want to transfer data over the Internet, but most users transferring lots of data will probably want to take advantage of Amazon’s import/export service. The service will ship storage devices from one party to another. Prices vary per how many devices are handled, where they’re being shipped to or from, and how long it takes to load the data every hour. Amazon’s official announcement notes however that if you only access five percent or less of your data every month from Glacier, you won’t have to pay for retrieval.

For quick retrieval, Amazon recommends its Simple Storage Service, because Glacier will be anything but quick. Primarily, the company hopes consumers use the service for data they must keep for legal and regulatory reasons, but will most likely never use again.

To read more about data storage, check out our blog post about Facebook engineers building a better hard drive.