Amazon’s Latest Update: What It Means For The Rest of The Market

Note: Updates and improvements in the web hosting industry often help more than just the company coming up with the improvements. For example, NetHosting has implemented virtual hosting in the cloud for improved performance for customer servers.

Amazon is updating it load distributors which could have a good impact on the hosting market.

Amazon Web Services is famous for hosting some of the biggest names in the web industry. It is also somewhat renowned for bringing new software and technology to the cloud market helping improve the industry as a whole and increasing it reliability. That means more websites will enjoy modern cloud hosting and Internet service providers are able to implement the same technology but for a lower price, all moving towards the direction of a general cloud adaptation. 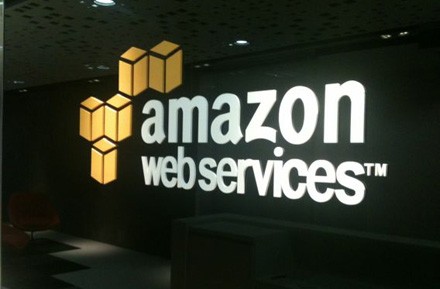 The IT staff at Amazon Web Services (AWS) is now able to apply security protocols on the Elastic Load Balancing service after it just recently upgraded its management console. This is designed to make managing the load balancing feature easier and user friendly. This is accomplished by giving the IT staff tools it can use to monitor client connectivity. These tools are called “listeners” which interact with the SSL ciphers and SSL certificates from within the AWS management console. With Amazon’s API, the command line tools are enabled to make this update possible. Formerly, a large amount of users were only able to configure the console, but now users are able to smoothly customize it.

Load balancers have been implemented by many companies and are used to help administrators distribute and divide incoming traffic across multiple cloud servers. This update will make it easier to sustain and change the load balancing settings on servers. It will also help tenants increase the speed of how scalable their websites are and deploy smarter artificial intelligence which checks up on the state and condition of the servers, and if one might be behaving out of the ordinary or if there is a problem and not route traffic to that server.

This project has been in the works for quite some time, but is making headlines now since it is breaking out of its trial period and expanding to other regions, specifically in America. The new load balancers were formerly only available to those who were hosted on the Eastern States center in Northern Virginia. They were also available for tenants located on the E.U. servers in Ireland. Now these load balancers are making headlines since they have left their trial periods and are being expanded to the U.S. West which includes a large data center in Northern California and in Oregon.

Note: NetHosting’s data center is incredibly well maintained. Take a virtual tour of our facilities today to learn all about our physical and digital security implementations, our support staff, and our 24/7 monitoring to ensure our customer’s data is always safe.

This expanse was in preparation for the “World IPv6 Launch” which happened on the sixth of June. It should provide insight to the rest of the Internet Society, equipment vendors, and web companies plus web operators.

The load balancing service offered to tenants will be charged for each hour and, naturally, the amount of data that is routed through the Elastic Load Balancer. An explanation on how this service can be used as a pay-as-you-go can be illustrated a nameless mid-grade website who uses 10 cloud servers hosted in central Utah. This website could assign the elastic load balancer to handle the incoming traffic, which will spread the traffic it receives onto 5 specified servers. It won’t be anywhere near the price used by say eBay to spread its huge flow of traffic across massive server network. But it will be a little more than the small website using only 3 servers to power its small flagship website.

To show just how cost effective these load balancers can be, Amazon gave a projected 30 day test period. In this projection, the load transferred 100GB in total which led to a monthly bill, for the load balancer feature, of 18 dollars. That is about 25 cents per hour, running 24/7 for thirty days straight. And the cost for the data transferred came out to be about .008 cents per gigabyte of 100GB.

This is a great step for Amazon, but it will also help other ISP’s decrease their prices and upgrade its service, giving tenants more control over their cloud hosting.