Citrix, Dell, and HP Update Virtual Desktop Solutions Thanks to the Cloud

Note: One concern that still lingers about virtual desktops is security. Host your desktop applications in the NetHosting data center with professionals that care just as much about physical and digital security as you do.

The big news this week is VMware’s annual conference, VMworld. We highlighted it yesterday along with some VMware and OpenStack news, but the whole industry doesn’t stop for one company’s convention. In fact, if anything companies start to make waves of their own around the same time as a headline-maker like VMworld simply to make sure they get press time too, and aren’t left in the dust. Citrix, Dell, and HP tried to hedge the news of VMworld by making announcements of their own last week about their virtual desktop solutions. 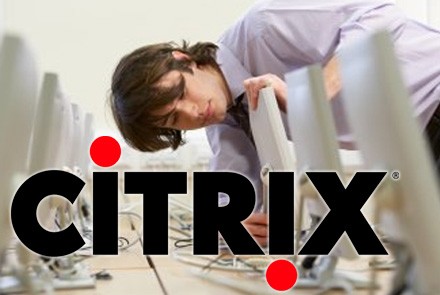 Citrix released new desktop virtualization software while Dell and HP released new hardware that will improve virtual desktop infrastructure (VDI). These announcements, from three big industry players, right before VMworld, prove how important virtual desktop infrastructure is becoming as the industry moves towards the cloud and more towards mobile.

Analyst Mark Bowker with Enterprise Strategy Group estimates that workspaces in IT departments in companies across the globe will be comprised of more than cubicles but spaces from a variety of places, thanks to desktop virtualization. With virtual desktops, some apps are stored locally, say on an employee’s tablet or phone or desktop. Others are in an enterprise data center, and others still are hosted externally in a third-party public cloud. But, despite the myriad of devices available, and the different places applications will be stored, employees will be able to use it all seamlessly together to make up a workstation on-the-go.

Unfortunately the industry isn’t there yet, but thanks to Citrix, Dell, and HP, it’s moving closer. Citrix’s launch last week was a VDI-in-a-box software update (Version 5.1) which in the past has been marketed towards small and midsized companies. Version 5.1 includes extended capabilities that, prior to its release, were only available with Citrix’s XenDesktop software and its other big business offerings. This latest update comes with the personal vDisk, which allows a user to create a master copy of a virtual desktop that can be used throughout an entire organization. That way, companies don’t have to create multiple virtual desktops, all with the same software installed over and over again. They can simply distribute one instance with all base, necessary hardware installed once.

Aside from Citrix, Dell announced last week some integration technology that it actually got earlier this year from Wyse. It includes an upgraded class of zero client devices. These enable IT professionals to work on and maintain desktops for employees from one central hub. A senior research analyst for cloud and virtualization system software, Brett Waldman, works for IDC and commented that the Wyse buy-out is still recent enough to anticipate that Dell can innovate what they bought, especially since the company also bought Quest Software (an IT systems management firm). Waldman said, “If they can take software from Quest and Wyse and combine them together, you could create a really value-add on top of software from Citrix or VMware.”

Virtual desktop infrastructure needs servers, storage, networking, and hypervisors. Feasibly, Dell could now offer an end-to-end VDI solution, with its acquisition of Wyse and Quest. It remains to be seen if that’s the direction the company wants to go, however. HP is certainly headed that way. Last week Hewlett-Packard announced that it has enhanced its thin and zero clients so they can support VMware View. HP hasn’t been as active as Dell in making acquisitions or mergers, but HP can still combine its current thin and zero client offerings with its desktop management tools. The bottom line is that analysts agree the move to virtual desktops is going to be a slow one.

To learn more about desktop virtualization, read our blog post about Citrix’s Project Avalon in the cloud.