Note: An app dedicated to your notes, ideas, and memories is invaluable. Dedicated hosting for your specific business and resource requirements can be just as invaluable. Setup a dedicated server with NetHosting today.

Evernote Corp.’s Android app gets a face lift and we learn more about the company behind it in our latest case study.

We recently published a case study about the incredibly popular note-taking app Evernote, and its success of hosting in the cloud. Today, the Android version of the app just got an extreme makeover. Read on to learn more about what’s new on the Android app and to get a synopsis of the case study before you jump over to read the text in full. 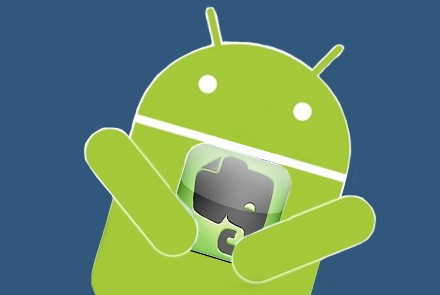 When Android users go to their Evernote app homescreen, they’ll notice the buttons are larger and it’s more intuitive to access your Evernote account. Simply click your username at the top of the screen to view your account information and settings. Additionally the makeover features options that will navigate you straight to notes and notebooks, whether via tags or places. The catch is that you must have location services activated on your Android device before the place addition feature works.You can swipe the screen to navigate between different notes now as well. One of the most useful added features has been the elephant icon on every screen that can take you back to the homescreen whenever you want.

An action bar at the bottom of every note screen lets you control the screen you’re seeing. You can sort notes and notebooks and view them differently through options on the action bar. Finally, you can add a place to every note you take, so you can easily navigate between notes taken at work, home, or elsewhere. The app also has image recognition software so you can search images for text and phrases.

Our case study last week highlighted the origins of Evernote Corp. and the company’s business practices, in addition to a closer look at how its servers make all of the note-synching magic happen.

Originally, Evernote LLC was founded by Kazakhstani computer engineer Stepan Pachikov. He was the one of the founding fathers in the former Soviet Union’s tech industry and was also a part of the first Soviet-American tech venture (which was to develop handwriting recognition software) in 1988. Pachikov’s big push in all of his tech endeavors was to find out more about day-to-day mobile interfaces and to develop and sell technologies that fit that market. Inspired by his own failing memory (due to getting older), Stepan started working on a database for ideas and memories in 2005, which evolved into Evernote in 2008.

As the popularity of the app grew, Pachikov relinquished the helm to Phil Libin (a good friend and developer) who could utilize the cloud better than Stepan could. Libin is now the CEO while Pachikov is simply a board member. At this time, the company has no plans to sell, and in fact, has grand plans to become an establishment in the industry by eventually seeing its 100th birthday. More power to the team at Evernote!

In 2009, the team at Evernote Corp. realized that their future lie in the mobile market. Developers began to craft apps for mobile devices such as Blackberry, iPhone, and Android within the year. The Windows Phone app is now on the market as well as of 2011. Perhaps as a foreshadowing of things to come within the Evernote app, just this month Evernote purchased Penultimate which owns and operates a handwriting recognition app for the iPad.

The company has always had a reputation for being incredibly transparent, which only adds to the positive perception most have of the app and corporation. The servers behind the app (which are rumored to total over 300) are all housed in Santa Clara, California. Evernote Corp. runs its own private cloud infrastructure which makes sense for a company and app that has so many users with dynamic needs.

If you’re interested in reading more about Evernote, be sure to read our case study about the company.