Note: The cloud is becoming such a useful tool, products like databases, and even shared hosting servers are going into it. Try NetHosting’s Cloud Virtual Hosting today to get the benefits of the cloud but the price of a shared server.

As the cloud grows, the need for cloud databases grows as well. Of course the market has expanded as entrepreneurs try to fill this need.

As the cloud has become more and more popular, the number of quality cloud hosted database products on the market has increased as well. While it would be incredibly difficult to highlight all of the options, GigaOM has compiled a list of some of the best, to inform and educate those who are either jumping into the cloud for the first time, or perhaps are looking to move to another cloud database provider. 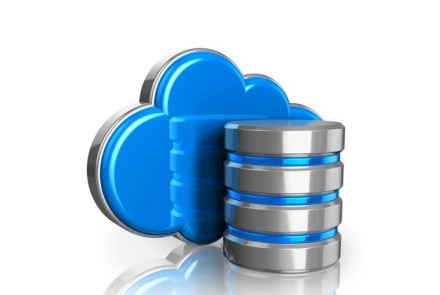 Amazon has a relational database service simply called RDS. The system is linked with the Amazon Web Service management interface and therefore is compatible with a ton of other AWS cloud computing services. When the product was first released, Amazon only let users use a MySQL service that Amazon hosted and managed through AWS but now, RDS customers can use Microsoft SQL Server or Oracle Database if they so choose.

Clustrix is a database vendor that only just recently got into the cloud (Wednesday, to be precise). It runs on top of the Rackspace cloud and lets users access high performance solid-state drives. The company uses single tenant deployment and has scalable MySQL capabilities as its flagship product. Clustrix is also confident it can be used for OLTP and OLAP applications and that it can monitor systems over 2,500 metrics. Quite a claim and a worthy contender to the other cloud database veterans.

Google of course has its own cloud database service. Google wouldn’t be Google if it didn’t have its finger in every tech industry pie. The product is called Cloud SQL. The positive of the service is that since it’s already in Google’s cloud, it’s easy to interact with other Google Cloud products. The downside is that it doesn’t have as many features as some other cloud database competitors. One bonus however is that Cloud SQL is geographically replicated for the best availability the company can offer. Right now, the service only supports Java and Python applications, and users are limited to using ten gigabytes of storage space.

We could cover all the services that GigaOM covered but we thought it might be easier to just link you over to them. This is merely a synopsis of some of the great services they highlighted. Here’s a look at some of the NoSQL options they researched:

Microsoft Windows Azure offers a NoSQL option called Table Storage. It’s designed so that users can search terabytes of non-relational data with ease. One thing to consider is that because it’s part of the Azure storage family, overall the storage limit of a database is still one hundred terabytes of data per account.

Note: Microsoft may be limiting its customers, but at NetHosting, the sky is the limit. We can start customers off with a pre-made dedicated hosting package, but we can also specially customize hosting packages. Sign up today.

Probably the most popular NoSQL in use today is MongoDB. However, managing it in the cloud is hardly user-friendly. Now, there are many hosted MongoDB services and the most well-known are MongoHQ and MongoLab. The selling point for both services is fast deployment, extensive monitoring, and exceptional reliability. One downside that specialized services might not like about using Mongo databases is that Mongo tries to appeal to a really wide range of users. However the company still offers shared and dedicated offerings.

If you’d like to read more about databases, check out our blog post about how relational databases are being repurposed to fit the evolving needs of big Internet companies.