Note: NetHosting is committed to delivering excellent service and hardware in the greenest way possible. Go through our data center tour to see how our hosting services are as environmentally conscious as possible.

To decrease the smog, many corporations are switching to the cloud for greener technologies.

I just recently filled up my car at the near-by gas station and after leaving with my wallet considerably lighter than it was before, I seriously started considering buying a new, more fuel efficient car or just simply riding my bike to work. Whether we are for more green technologies or not, it’s impossible to dispute that the sources of power we currently rely on are becoming more and more expensive. While we are hurting at the gas pumps, data centers are starting to hurt by simply turning on the light switches. 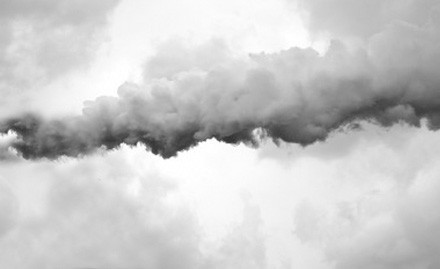 In a recent survey performed by Digital Realty, over 92% of IT managers and officers at big name companies look forward to increase their data center capabilities this year. This is a drastic jump from the previous two years where only about 70% of the same pool of officials expressed the same desire. Digital Realty gave some projected estimate to what we can expect by the end of 2012 in terms of data center expansion. 38% of data center owners will want to expand to over three new locations. 54% will extend their data centers 15,000 square feet or perhaps more. 49% estimate to use over 2 megawatts of power. 50% also plan to expand to different continents including Europe, Asia Pacific, and South America.

CEO of Digital Realty, Michael Foust, illustrates why there is such a push to expansion. “There are a number of factors that we believe are driving the increase in demand for data center space as reported in the survey.” One of the reasons he lists is, “the continued adoption of public, private and hybrid cloud computing solutions.” So we have a little problem. There is a tremendous push towards cloud computing which requires more data centers which increases our electronic footprint. At the same time, energy prices are going up and there is just as big of a push to decrease the human footprint on the environment. How can these two movements co-exist?

The answer which has been gracing the headlines is to overhaul the data center industry by developing and implementing more green technologies. Microsoft and Apple, two rivaling companies, provide good examples of what is happening in the tech industry to minimize the human footprint while maximizing the tech print.

Apple, always conscious about their public image, has seized the standard of green power and is attempting to become the poster child of a green powered tech company. It couldn’t have come at a better time for them with the latest Foxconn scandal and the constant protests from Greenpeace factions.

Note: NetHosting is also a green company and always aspires to shrink its ecological footprint. Our next highest priority for our data center is making sure it is secure as possible, through digital and physical security implementations.

Apple isn’t planning to just install fluorescent bulbs, turn the thermostat down, open a few windows, or turn the lights off behind them; it is overhauling their entire power generation technologies, even developing new technologies that will provide the same amount of power with less of a pollution output. One step Apple is taking is to cut out the electric companies of the equation as much as possible and use biogas Bloom energy fuel cells and gigantic fields of solar panels as seen at their North Carolina facility with a field of solar panels covering 250 acres. All of this combined can produce up to 8MW of power, about 60% of its required power.

Microsoft isn’t too far behind Apple on developing greener technologies for its data centers. Microsoft has begun building what it calls “data plants.” Data plants are built close to water treatment plants and landfills and utilize the resources found there to create energy to power their servers.  Microsoft’s General Manager of Data Center Services stated that these plants are an attempt to create data centers directly fueled from biogas with no reliance on “the grid.” Small prototypes of these plants are being proposed before municipalities to test them out.

Data plants will use the methane produced from water treatment plants and landfills which will be converted to CO2 to help decrease the footprint even more. The prototypes already developed create about 200kW of power which can offset about 2 million pounds of CO2 emissions every year. According to datacenterknowledge.com, that’s about 300 Honda Civics being pulled from the roads.

More and more data centers are moving towards efficient power structures and using renewable resources such as solar, wind, and biogas. The biggest obstacle that stands in the way of a wider spread movement is the cost. Microsoft and Apple are gigantic companies with just as large of a budget which most data centers aren’t even close to having. But as the technology becomes more refined and mass produced, data centers will begin to help cut the smog to grow the cloud.