Cyber Warfare: The Scary Future and What You Can Do Now

Note: NetHosting is all about keeping your data secure from the most dangerous of threats. While utilizing the state-of-the-art hosting technology NetHosting has to offer, you can be confident your data is safe with us.

The epidemic of viruses in India show cyber warfare knows no ethics or boundaries.

When we envision future warfare, images of laser guns, space battles, extra-terrestrial monsters, creeping through emptied cities evading zombies, or fighting off cyborg terminators from underneath the ruined Los Angeles cityscape come to mind. Unless the switch goes off this year or John Connor keeps stalling Judgment Day, we may eventually see these visions become reality. But one form of futuristic conflict that is just as volatile as a death ray emitting hovercraft which is in full swing beginning today, claiming few lives yet knowing no boundaries, is cyber warfare. 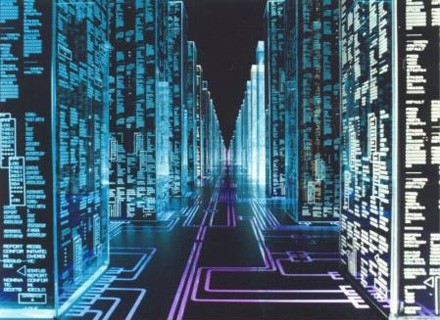 Since computers were implemented into the military, there have always been varying forms of sabotage and defense to wreak havoc or maintain the safety of systems. As technology has progressed and with the advent of the Internet, cyber warfare has moved away physically engaging in disabling the enemy’s computer operations, such as blowing up supercomputers, to remotely releasing sophisticated viruses, like Stuxnet, into an opponent’s systems.

The most heated cyber war raging is the conflict between Iran and America and her allies. We have reported on the viruses which have been deployed by American cyber forces into Iran’s nuclear programs and banking systems. Stuxnet, Daqu, and Flame are all suspected to have come from America or Israel. One Indian newspaper describes these viruses as “laser guided [missiles]” capable of destroying entire digital infrastructures and bringing digital operations to their knees. These viruses more than dwarf the Trojans and malware you get on your PC.

But like the traditional battlefield, innocent bystanders never remain unscathed from the horrors of war. While these viruses may emerge as having the accuracy of laser-guided missile systems, their containment is similar to biological weapons, even small arms. Like every other weapon, it’s only okay to use until the bad guys get their hands on it. Sadly, online security officials estimate there are copies, versions, and remakes of this virus floating around the web in the hands of the wrong people, meaning people who are far less discretionary in using these viruses. Usually when these tools of destruction land in those types of peoples’ hands, innocent people get hurt.

The Computer Emergency Response Team for India (CERT-IN) was the first group to raise the alarm Stuxnet had spread from Iran to India in July 19, 2010. By the time it was discovered, it was far too late to stop the spread of the virus. Within two month, it was estimated that Stuxnet had spread to over 80,000 computers in India alone. ESET, another security firm, claims the virus may have spread to other computers across the world including the United States. With India’s latest power outage, one would the service industry has to be going through some serious hard times.

By the end of 2011, India was ranked the third most infected country after Iran and Indonesia. Duqu was introduced and quickly made India the eighth most infected country with command and control servers for the virus even found locally in Mumbai. And just a few months ago, CERT-IN discovered a strain of Flame that had been infecting hundreds of other computers.

But before you go disconnecting your computer from the Internet forever, barricading your computer with even more firewalls, and finding some bigger friends than Norton, just remember that Stuxnet was designed to attack machines containing Siemens components. So as long as you practice reasonable online safety practices, and make sure your computer is free of Siemens hardware, you should be fine. Where we will see the hit are in the prices of web hosting services with data centers located across seas. Mark Goudie, Verizon’s investigative response coordinator for the Asia Pacific region states, “We have seen that many cyber criminals are trying to take control of Stuxnet so that they could modify and use it. Companies have to get rid of it. Our clients, who are mostly part of India’s service industry, have spent hundreds of thousands of dollars to get rid of it.”

Note: By signing with NetHosting, your data will be stored in one of the safest geographical locations in the country and 100% local, not one piece of your data is stored overseas.

These cases may not be as alarming as the cyber-attack launched in Live Free or Die Hard, but it does paint a grizzly portrait of a more down-to-earth, futuristic threat than a robot uprising. While biological and nuclear attacks are devastating, cyber-attacks are just as dangerous, if not more. But if history has taught us anything, for every weapon, there are defensive measures which are designed to repel those attacks. As the weapons become more complex, the shields will become stronger. While politicians scramble to find what could be a solution, the best thing we can do is stay updated on current epidemics, protect our own computers against those threats, and ally ourselves with service organizations that spare no expense building the most modern defenses.