Note: Speed is what all Internet companies and website administrators care about. Quickly set up a cloud hosting solution with NetHosting today for your needs to keep the pace with the rest of the tech industry.

As the price of solid-state drives falls, data centers are looking to improve speed and efficiency in servers by axing traditional hard drives.

Data centers and hosting providers are always looking for the next solution to making servers run faster and last longer. The latest and greatest implementation hitting the server room floors are solid-state drives (SSDs), the flash drive replacement to traditional hard drives. A few years ago, using SSDs exclusively in servers was expensive and most dismissed it as a non-viable solution on a large scale. Today, companies like Facebook, Google, and Dropbox have changed their tunes about using SSDs only, and are influencing opinions for other big name companies throughout the industry as well. 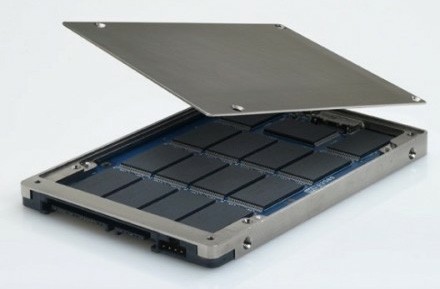 SSDs are making more of an impact into the consumer market as prices have begun to drop. Google has started making low-end laptops they’re deeming Chromebooks and the company has put SSDs in them. Additionally, Apple just announced its new line of MacBook Pro laptops will include SSDs.

One huge proponent of SSDs in servers is Artur Bergman, founder of San Francisco start-up Fastly. The company’s whole business model is installing SSDs in servers of other businesses to help them speed up web page delivery online. The most common argument against investing in SSDs that Bergman hears is that they cost more than traditional hard drives. Bergman’s argument is that you have to look deeper than the surface level cost-per-gigabyte that so many analysts look at.

In reality, says Bergman, servers using SSDs are consuming 1/15th the wattage of traditional hard drives. Also, you’re paying for a lot faster reads and writes of your data which means faster access times for customers using those servers. Bergman also stated that programmers often have to optimize code to run on hard drives, and that on SSDs, that kind of specialized code work isn’t necessary.

The downside that Bergman briefly addresses is that SSDs have a shorter life span than the traditional hard drive. Solid-state drives can only handle so many reads and writes before they simply can’t take any more and stop working. Traditional hard drives keeping going until something breaks. However, the Fastly CEO points out that older style hard drives were plagued with problems of their own. That looming deadline of “when things break” was unpredictable and could happen at any point in a hard drive’s lifespan. Also, hard drives that last a long time just get slower and slower, unlike SSDs. Regardless of the life of the SSD, Bergman recommends swapping out heavily used hard drives every three years.

Note: Although technology failures can be unpredictable, NetHosting’s reliability is always predictable. Within an hour of your hardware failure, we will have a replacement part in your server. That’s what makes dedicated hosting with NetHosting the best.

Despite Bergman’s push for all-SSD servers, most companies still don’t (or can’t) pony up the dough to make that a reality throughout a whole data center. Instead, a hybrid model is the name of the server game. Operating systems or meta-data is often stored on SSDs for quick boot up and quick, easy access and other data that doesn’t need to be read or written to as quickly is stored on a cheaper, slower traditional hard drive. Facebook specifically uses SSDs for its data caching platform (referred to as a memcache).

For more on customized hard drives, check out our blog post about Facebook’s specially designed hard drives to make its servers more efficient.