Note: The Department of Defense and the Army both see some major strategic potential in cloud hosting. We are proud to provide the same cloud hosting solutions that will soon power the United States Armed Forces to our customers.

The Department of Defense and US Army are joining the cloud. With the eventual creation of military grade clouds, what will happen to the clouds in the private sector?

Throughout history, the US Military is famous for developing or enhancing technology which eventually made our lives easier, faster, or safer. Where would we be today without the microwave oven, jet aircraft, or Silly Putty? This aspect of America’s armed forces still seems to be around today. As of early 2012, the Army, backed by the Department of Defense (DoD), has decided to research and create military grade cloud hosting solutions. While the military is somewhat concerned about some of its flaws in security, they are putting in the time and money to develop “Army strong” clouds to store information and rule the communication battle. It seems that the Army is following the growing cloud trend as are many other organizations. 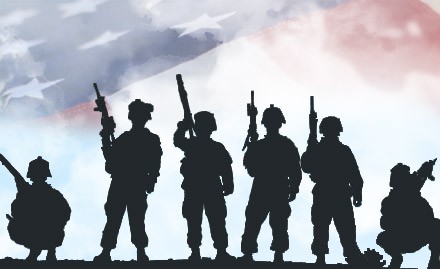 There are multiple reasons why the DoD and the Army are switching over to cloud computing. One of the main reasons is due to the Cloud First policy created by the former Federal CIO Vivek Kundra who, underneath the Obama Administration, set a goal to decrease the government’s environmental footprint by cutting down on the amount of data centers it operates. Its goal is to shut down 100 data centers by the end of 2012 and over 800 by the end of 2013 and use more efficient alternatives such as cloud hosting. The DoD apparently uses the highest number of data centers compared to other departments and hopes to shut down 150 of those by the end of 2012.

Another reason is to keep up with NATO’s push towards cloud computing. Communication between the 28 members of the North Atlantic Treaty Organization is vital and sharing information has been somewhat difficult due to different encryption software and programming methods. NATO has already contracted IBM as its cloud consultant and is already developing an iron clad, military strength cloud. It would be clearly beneficial for the US Army to use the same technology as its allies and have access to the same data.

After taking these factors into consideration and extensive evaluation and research, the Army decided in January 2012 to begin its first cloud computing endeavors. With a US$249.8 million contract, the Army went to 7 different firms and commissioned them to provide the fastest and most reliable service. Criterion Systems Inc., General Dynamics One Source, IBM, HP Enterprise Services, Lockheed Martin Corp., Northrop Grumman, and MicroTech are the competitors and whoever wins will have the opportunity to “…provide for the Enterprise cloud computing services in support of the US Army Program Executive Office Enterprise Information Systems.”

What Goes Into a Military Grade Cloud Computing Solution?

The highest priorities for a military cloud would naturally be security and reliability. When deciding what they wanted their clouds to look like, the Army and the DoD decided to focus on five key components:

While reliability, efficiency, performance, and verifiability impressed the military on the field, security, although strong enough for those not involved in cyber wars, is not strong enough for the DoD’s criteria. According to the DoD, its systems are attacked at least 250,000 times every hour of every day. That being the case, the smallest vulnerability or chink in the armor could be the disastrous downfall to its systems.

Note: One must remember, that the DoD is looking for a technology to “beef up.” Cloud hosting already provides increased amounts of security for its clients who will not encounter the same attacks from cyber threats that the US Government does. The DoD found Cloud Hosting to be secure enough to improve its defenses even more.

That is why the DoD has its technological research arm, the Defense Advanced Research Projects Agency (DARPA) working round the clock to develop what are called Mission-oriented Resilient Clouds (MRCs) which are part of the project entitled Clean-slate design of Resilient, Adaptive, Secure Hosts (CRASH-keeping up with the acronyms?). These would be extremely secure yet highly scalable and easily deployable data centers which would supply the resources for storing sensitive data and providing the computing power for the unpredictable atmosphere of combat situations. So far the MRC’s will have redundant hosts, distribute attack data across other ensembles, and maintain diversity across its network.

What Can We Expect?

That’s the real question; it’s our tax dollars going toward these bullet/cyber soldier proof clouds, what do we get in return? Sadly enough, cloud hosting, like all other solutions, is not perfect. Although it is much more advanced and reliable than most other traditional forms of hosting, it has its own flaws to work out. But with the United States Military developing a cloud solution that can defend against international cyber-attacks, stand the rigorous tests of combat, and perform to the best of its abilities in extreme tactical situations, we should be getting some premium technology implemented into our clouds, making them that much more secure and reliable.