Employers Requiring Facebook Login Information May Be Getting Sued

Facebook announced today that it would be looking for ways to combat employers even being allowed to ask users for private login information.

As a job applicant in the midst of web 2.0, I expect my name and any known profile aliases to be googled long before I’m ever given an official offer. Companies want to make sure employees aren’t embarrassing the company name on the Internet, whether through Twitter, Pinterest, Facebook, or somewhere else. However, some employers have recently taken their applicant profiling one step further by requiring candidates to give out usernames and passwords to social media sites during interviews. 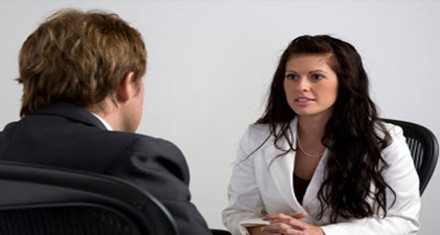 This burgeoning practice got widespread attention last week when the Associated Press published an article that was picked up by publications across the country. The article cited multiple examples of employers who either asked for job applicants to provide their username and password to Facebook. Another variation was to ask candidates in interviews to log into the social networking site and then hand the keyboard and mouse over to the interviewer so he or she could poke around and find any potentially compromising pictures, posts, or information.

While the story about this has only broken recently, it has come to light that this practice isn’t so new to many employers. The AP article states that until last year, applicants for the city of Bozeman, Montana had been asked for years for login information to social media networks and email accounts.

Many applicants report feeling trapped by such questions in interviews. With the decrepit state of the economy, they feel that getting to the interview stage with a company is a success that many would hate to throw away by not letting an interviewer look at their private Facebook profile. At the same time, I think for most people, we recognize those kind of application questions are a gross invasion of privacy.

Instead, Facebook announced today that they were looking into how they could hold employers responsible that require that invade job candidates privacy that way. Facebook’s official announcement makes it sound like the company will be looking for ways to engage lawmakers in drafting protection of social media users to have rights against being required to provide that kind of information.

Companies employing the practice of asking applicants for login information have tried to defend themselves by making it “voluntary” for candidates to provide their personal Internet information. However, the rebuttal is that preference would be given to those who are more compliant with what the company wants (i.e. voluntarily giving Facebook login information) when really, the company shouldn’t be asking for that information in the first place.

The ACLU also heard about this privacy violation and has become involved in helping individuals fight the corporations that required login information. The exact same situation cropped up in 2010 and the ACLU fought the practice of requiring Facebook login information then as well.

Reports speculate that employers asking for this personal information are actually doing themselves a disservice. If through logging into a private Facebook profile a company finds out that a candidate is in a law-protected group (i.e. race, age, etc.) and then that company does not hire that candidate, it wouldn’t be out of the question for that candidate to sue for discrimination.