Ex-Facebook Engineers Aim to Speed Up MySQL with MemSQL

Note: Regardless of if you work with MySQL or MSSQL, MemSQL still has important implications for how databases operate. Start Windows Premium Virtual Hosting with NetHosting today to get unlimited MSSQL databases.

Released this morning, MemSQL is the MySQL alternative from two engineers who just left Facebook to begin this startup project.

Engineers are always looking at ways to improve server speeds to deliver content to users even faster. Time is money, as the adage goes, and in web hosting, even microseconds have been proven through marketing research to make a difference in users staying and buying on a website, or leaving the digital marketplace, disgusted. 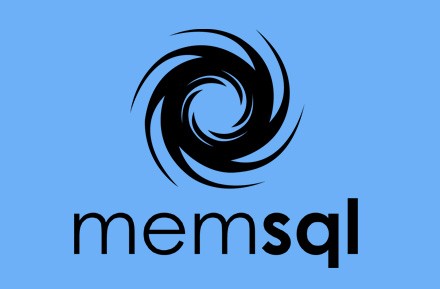 One of the up-and-coming trends to shave seconds off load times has been in the database arena. MySQL is the most common database software that organizations use to run the backend of their websites and services, and with good reason. The product has been around a long time and is reliable. However, a plethora of products aiming to making SQL databases even faster have cropped up. One such MySQL substitution that has gotten a fair amount of press has been MemSQL.

MemSQL is a relatively new startup that was founded by two ex-Facebook engineers. Eric Frenkiel and Nikita Shamgunov released their new take on SQL databases just this morning. In addition to both founders vast experience with Facebook, Shamgunov brings another chunk of valuable experience to the table – the programmer worked as a senior engineer on Microsoft SQL Server for six years.

Facebook servers use memcached, an operating system that caches data in memory for easy, speedy access over and over again. MemSQL operates on the same principle (keeping information in memory instead of on the disk) but not by using memcached. Facebook also uses a tool called HipHop. The purpose of the software is to convert PHP code into C++ (which is faster). This is the trick that MemSQL uses. The algorithm converts SQL into C++ so it will run faster. Frenkiel himself said of MemSQL that “this is like HipHop for SQL essentially.”

Skeptics can only really ask one question: does it really accomplish its goal by outperforming MySQL? And the answer is yes, substantially. MemSQL claims that its service runs thirty times faster than disk-based databases.

Another benefit that might not come to mind first-for non-programmers, is how easy it is to integrate MemSQL into existing database structures. Unlike memcached, MemSQL uses a SQL interface in addition to the MySQL API. This means there are no management issues and developers don’t have to learn anything new. Of course, not all data can be stored in memory. Data that doesn’t require a lot of computing power and doesn’t need to perform at a high level stays on disk. Frenkiel also stated that if you’re using a sharding system to put your newest data on your newest shard, then you won’t even need to change your strategy to implement MemSQL.

As previously mentioned, there are a lot of startups jumping on this bandwagon to improve database speeds. Examples include VoltDB, NuoDB, ScaleBase, Tokutek, JustOneDB, Clustrix, and more. The media is handily referring to all of these new companies as NewSQL startups. All of these solutions hope to run faster than MySQL and of course be far cheaper than other alternatives on the market today, like Oracle Database.

It seems like in general, those who leave Facebook have high ambitions to do something on their own. Earlier this month, there was another pair of ex-employees to the social networking giant that started Qubole, a hosted version of Hive. They went on to create a Hive interface for Hadoop as well.

To learn more about MySQL, read our blog post about what’s to come in the latest iteration of the software, 5.6.