Note: One way to fit more data in a smaller space is to use a virtual hosting solution. Try NetHosting’s obligation-free Cloud Virtual Hosting option today for helpful support and great uptime.

In a facility dubbed Sub-Zero within the company, Facebook is creating new backup storage devices to power off when the backup copy isn’t needed.

Recently, the world’s largest social network, Facebook, filed for planning permits in Prineville, Oregon. The company already has a 330,000-square foot data center in that location, and it looked like the second facility would be right next to the first. The second building was being referenced internally as Sub-Zero (not publicly referenced as such since that name is already trademarked by a high-end refrigerator manufacturer), and was listed on the permit application as being 62,000 square feet. Today it was announced that this new mini data center would be Facebook’s application of a new emergency backup system. 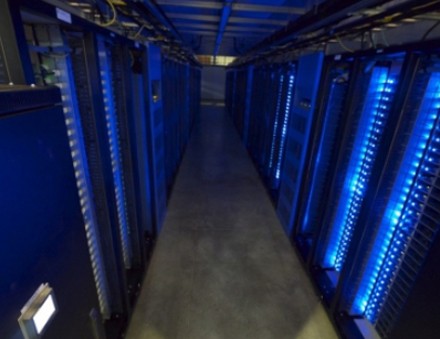 This emergency backup system will be comprised of a brand new type of low power storage devices. Facebook engineers will be hard at work coming up with these hard drives for the next six to nine months. Currently the team is only in early design stages of the devices. Additionally, the group will then have to customize the company’s current software to make sure it plays nice with the new hardware. The biggest feature is that when these drives aren’t in use, they’ll power off, so as to reduce power consumption. Currently, a Facebook server rack uses up about 4.5 kilowatts. The goal for server racks in the new Sub-Zero facility is to reduce that consumption to 1.5 kilowatts.

Vice president of site operations at Facebook Tom Furlong says these emergency backups drives are “going to sit in a dedicated building that is optimized to support this device that we don’t need to access very often.” More than just this mini data center however, Facebook is also building a second data center, 330,000 square feet, just down the road from its operational Prineville data center. And wouldn’t you know, Apple is also building its own dataplex in Prineville as well, estimated to have 500,000 square feet of space.

Other companies that look to do in-depth archiving, like what Sub-Zero is hoping to accomplish, do so using magnetic tape. Facebook can’t afford to process that much tape, nor can tape back up data as efficiently as hard drives. The company has two backups of all copies of its data: one for when a live server hits a snafu, and one for when a true restore is needed in case of catastrophic failure. While one copy (i.e. the first copy) needs to be readily accessible, the second copy is rarely even touched. Therefore, these second copies can be stored in servers that aren’t always on, in the company’s Sub-Zero facility.

Note: Having a dedicated, always-ready solution can be a great option for many companies and many applications. Learn more about NetHosting’s dedicated hosting today and check out our 100% hardware guarantee to make sure your server is always ready.

Looking to the future, Facebook is hoping to put another Sub-Zero facility next to its Forest City, North Carolina data center. And Facebook isn’t alone in looking towards supplementing humungous data centers with (relatively) tiny additions. For example, Apple just built a 23,000 square foot building in Maiden, North Carolina, next to its data center that is operational there. The company kept tight-lipped about what the add-on was for except to say that it is a “tactical data center.” One hypothesis is that the building is a place for Apple partners to come and use Apple networks without getting a sneak peek at Apple’s goods. Another hypothesis is that the building is Apple’s implementation of a cloud storage facility. It’s a possibility, certainly, but again, no one knows for sure. Facebook has started the OpenCompute project and has shared its data center and server designs but like Google and many other major Internet players, Apple keeps its secret sauce recipe close to the chest.

To read more about Facebook hardware, check out our blog post about Facebook engineers coming up with a better storage system to make its servers more efficient.