I think it’s safe to say that the majority of Facebook users aren’t particularly concerned with what using the social networking site servers may or may not be putting into the atmosphere. Even though the users may not be thinking about it, Facebook has been putting more and more of an emphasis on finding out how much energy its data centers and servers are using, in addition to how much carbon dioxide is being released into the environment based on its social network. The company just today released its energy consumption and CO2 emissions data from 2011 to the public, in an effort to encourage other companies to do the same, and to reduce technology’s carbon footprint in general. 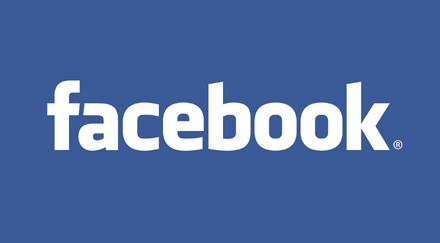 Traditionally, companies haven’t been quick to show off their environmental figures because industry professionals can easily “reverse engineer” how many servers a service is using based on its energy consumption and carbon emissions. However, companies like Facebook and Google have been trying to make strides towards making that kind of information more public, so they can either be held more accountable to do better, or maybe more to improve their public image as a company that cares about the environment.

Facebook was proud to report that the average Facebook user was responsible for releasing less CO2 into the air than someone who drinks one latte. Most of the emissions came from the energy that servers consumed to serve up all the data that this hypothetical Facebook user looked at in a given year. The emissions from the latte drinker mostly come from the extracting and processing of the milk that goes into said latte.

Note: Just like the big guys in tech, NetHosting is committed to doing its part to reduce its carbon footprint. Take a tour of the NetHosting data center to see the security and environmentally-friendly features that have been implemented.

In addition to pushing the publication of more of the environmental data that companies collect, there has also been a push to simply start tracking these types of numbers more regularly and more accurately. In total, Facebook published the numbers today which said in 2011, the company’s data centers and operations used 532 million kilowatt hours of energy and emitted 285,000 metric tons of CO2. Notably, twenty-three percent of the energy consumed by the social network came from renewable energy, e.g. hydro, solar, and wind power. The vast majority of course came from fossil fuels like coal and natural gas.

By 2015, the company hopes to have twenty-five percent of its power come from clean, or renewable, power. This might seem like a small increase in three years, but the hard truth about data centers is that it’s hard to locate resources for clean power at an affordable rate. Google released the same kind of consumption and emission data last year. For comparison, the search company used two billion kilowatt hours of energy in 2010 and hopes to have about thirty-three percent of its total power provided by clean energy by the end of 2012. Additionally, the average American home used approximately 11,496 kilowatt hours of energy in 2010. In defense of Google, the search behemoth uses many more data centers and many more servers than Facebook.

The bottom line is that the majority of data centers and companies hosting data today are looking for greener solutions to do their part to help the environment. The solution isn’t always in renewable energy, but in smaller other things, like excellent power regulation, power supply efficiency, and other energy efficient hardware installed in the facilities and in the servers. Not only do companies want to do the right thing, it’s always positive press to say that companies are doing what they can to lessen carbon emissions, and finally, the government is getting closer and closer to taxing facilities that emit too much carbon dioxide so switching to a green solution now may keep those fines or taxes at bay.

Read more about green energy in our blog post about how green technology is growing, but is still second to coal.