Note: By supporting OpenStack in this release, Fedora has really upped its cloud server game. Check out NetHosting’s cloud hosting services today to get a great deal on unbeatable service and superior hardware.

Unfortunately named Beefy Miracle, the latest Fedora version has OpenStack support & the latest GNOME environment, along with a change in its filesystem.

The Fedora project has just released its latest version named (no joke) Beefy Miracle. . . . Anyway, the release has the latest version of the GNOME desktop among other improvements. 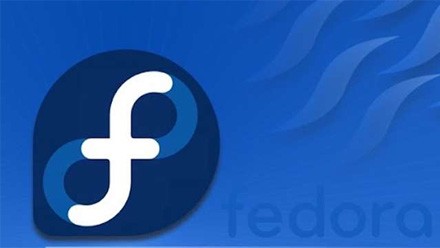 If you’re unfamiliar with the Fedora distribution of Linux, know that it’s a community-driven distro sponsored by Red Hat. Red Hat is an enterprise version of Linux and uses Fedora as a testbed for features and functionality. This latest version (again, named Beefy Miracle . . .) has GNOME 3.4 which was only released at the end of March.

Reviewers of the GNOME update noted that it was a big design shift from what GNOME looked like previously. Overall, the goal of the latest design overhaul was to simplify applications and remove clutter (particularly from the toolbar and menus). Like the majority of web 2.0, GNOME developers wanted to push simple layouts.

The catch is that the applications on Fedora 17 (you know, Beefy Miracle?) haven’t all been updated to jive with the latest GNOME environment. In fact, only a few have, meaning that users won’t see much of the sleek new interface. You can see the latest toil from GNOME developers in Fedora’s new Documents app however.

One GNOME feature you will see in . . . Beefy Miracle . . . is software rendering for GNOME Shell. Based on LLVMpipe, this means that the shell doesn’t require hardware-accelerated graphics to run. This means that users without decent 3D drivers won’t be feeling so left out anymore. And that’s what it’s all about, isn’t it?

GIMP 2.8 received an update that is in the new Fedora release as well. Primarily, the biggest overhaul with the May update was a single-window mode user interface. GIMP stands for the GNU Image Manipulation Program and 2.8 is the software’s first stable update since 2008. Originally created in 1996 by students at UC Berkeley, GIMP eventually joined up with the GNU project. The software has a steep learning curve but as a free and open source alternative to Photoshop, many people take the pain of learning the software as opposed to the pain of shelling out cash for Adobe products.

But on to the main event; Fedora 17 comes with some updates for servers that hosting providers can look forward to. One such update is that Beefy Miracle (seriously) supports OpenStack Essex, the latest release of the cloud computing stack software. Additionally, Fedora 17 also supports the OpenStack Quantum virtual networking service and the Horizon Web interface.

OpenStack is open source and helps users build self-hosted elastic clouds, and many data centers are in the beginning stages of implementing it for their own cloud hosting customers. It was launched in 2010 by Rackspace and NASA and has been gaining a lot of ground as the next solution in cloud computing.

Underneath all of the design changes, Fedora 17 changed its filesystem ever so slightly. Directories that usually resided in root (i.e. bin, sbin, and lib64) have now been moved to the usr directory. Far from being a random move, moving these directories will simplify snapshotting and it will now be easier to mount the OS in read-only mode. Thankfully the developers did keep backwards compatibility in mind and Fedora 17 is setup to create symlinks in the root directory to point to the new locations of those three folders.

You can download the newest version of Fedora (did I mention that someone decided to name it Beefy Miracle?) from Fedora’s official website. Most Linux users are used to downloading the GNOME-based Live CD, but Fedora also offers a DVD image that lists all the variations and configurations that more advanced users might be interested in toying with.

If you’re interested in reading more about Linux, check out our post about Android coming back into the main Linux project.