Note: Like crowdfunding, the cloud has also taken off recently as the premier hosting solution for entrepreneurs, start-ups, and even established businesses. Check out NetHosting’s cloud hosting services today and make sure you’re not left behind.

Massolution has compiled the first ever industry report about crowdfunding, reporting $1.5 billion USD raised and 1 million campaigns funded in 2011.

Last week we released a case study about the crowdfunding website and service Kickstarter. We generally try to write about Internet companies that have been in the news a lot, or are part of a growing market online. While Kickstarter has been in the news a lot recently for record-breaking fundraisers for products ranging from smartwatches to video games, crowdfunding as a whole has become a huge industry on the web. 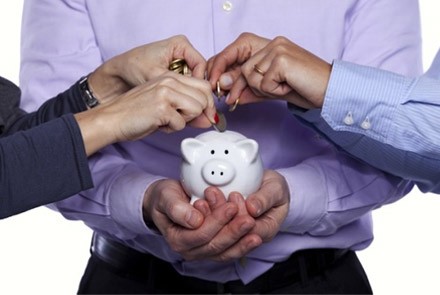 One of the catalytic factors to the outrageous success crowdfunding has already had during 2012 was the passing of the JOBS Act. Prior to the JOBS Act, it was technically against the law for non-accredited investors to put any money into startups or projects. With the passing of the act, now entrepreneurs can get money from anyone, so long as it goes through the proper channels.

Even though Kickstarter has received a lot of media attention recently and has supported a number of projects that have broken $1 million USD in fundraising, TechCrunch released a closer inspection of the crowdfunding industry as a whole this morning, to see how much it’s grown recently. Research firm Massolution which specializes in crowdsourcing and crowdfunding has released the first-ever crowdfunding industry report. Massolution looked at over 170 crowdfunding platforms, which only covers about 38 percent of the whole industry. Overall, these platforms raised $1.5 billion USD in 2011, funding over 1 million campaigns.

North America was also found to have the largest market for fundraising, contributing $837 million USD. The research firm also took a quick, recent look at the industry and reported that in April 2012 there were 452 active crowdfunding platforms worldwide, which can only be expected to grow. In fact, Massolution predicts that by the end of 2012, the total number of crowdfunding platforms will grow to 530.

The industry report broke crowdfunding into four major categories. Equity-based platforms had the largest compound annual growth rate (CAGR) at 114 percent. Surprisingly the largest chunk of that growth happened in Europe, not North America. Also, an interesting note in the report states that the equity-based category of crowdfunding raised the most money per campaigns, with over 80 percent of the campaigns raising over $25,000 USD.

The next category Massolution broke crowdfunding into was donation-based platforms. These are defined as projects that have philanthropic or sponsorship incentives. While this was the slowest growing category (43 percent CAGR), overall this group raised the most money at $676 million USD. Third were lending-based projects (also known as person-to-person, person-to-business, and social models) and they were the second largest category Massolution found. The platform as a whole raised $552 million USD and had 78 percent CAGR. Finally, reward-based platforms grew the most in 2011 with a 524 percent CAGR.

Overall, it’s amazing to see the growth of the crowdfunding industry. Startups used to have to jump through so many hoops to try and get any kind of monetary support and now, anyone and their mothers could donate to an idea or project. It’s also interesting to see how crowdfunding has affected the venture capital industry. Where venture capital firms used to have the monopoly on deciding whether companies could make it and whether they were worthy of funding, now so long as an entrepreneur has a clever idea for the video clip on their Kickstarter page, they’re probably going to get funding.

Massolution also predicts that by the end of 2012, the total amount of money raised from crowdfunding will have doubled. The SEC is currently working on crowdfunding regulations under JOBS Act. To read more about government regulations on technology, check out our blog post the latest executive addressing technology that violates human rights.