Note: In general, running servers in the cloud is more environmentally friendly than other hosting options because it can be scaled down when resources aren’t being used. Click here to try cloud hosting with NetHosting today.

Although the company has invested in clean power for years, today it announced its Oklahoma data center as the first to be powered by green energy.

We highlighted Google’s data center construction ingenuity when the company used Baltic Sea water to cool its Finnish data center campus. And certainly we’ve heard lots of coverage about Google’s various investments into green technology to improve data center energy consumption. But would it surprise you to learn that Google has never before powered one of its data centers with clean energy? For the first time ever, a Google data center is going to be directly powered by green energy. It’s happening in Oklahoma, and the facility is going to be powered directly by the wind. 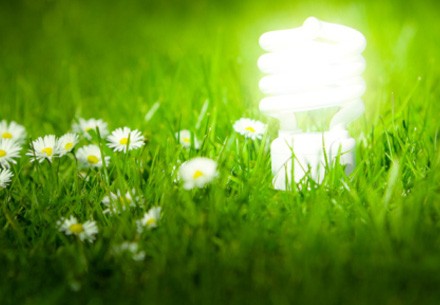 This morning Google announced that a currently operational data center in Oklahoma (built in 2011) will start running on wind power. Again, this is the first data center Google will have that runs on clean power, despite the behemoth Internet company investing hundreds of millions of dollars in clean energy projects for years. Even though Google hasn’t been using clean energy to power any of its facilities, that has always been an end goal for the company. Unfortunately, the Internet search giant needed first to find the right area, the right utility partner, and a relatively new data center.

Mayes County, Oklahoma is home to the Google building that is now the focus of so much attention. Earlier in 2012, Google began talks with the utility Grand River Dam Authority (GRDA) to start buying forty-eight megawatts of wind energy from the Canadian Hills Wind Project, which is actually located in state despite the name. Google says that the company paid a higher price for clean power than it would have for standard power. It’s quite a shift for the state, to be sure, since half of the Oklahoman power grid is powered by coal.

Surprisingly Google didn’t actively seek out a clean power solution, but the GRDA came to them and offered to start selling the company power in early 2012. This will be the GRDA’s first clean power project. It’s admirable that this power company recognized the benefit of moving a big power consumer like a Google data center to a clean power solution, not just for the environment, but for their revenue stream as well. Unfortunately, most utilities aren’t looking to start new projects without big backers express interest first.

Building and running a data center is expensive, no doubt about it. So most massive Internet companies more often than not take the opportunity to cut costs, meaning they run on fossil fuels instead of innovating clean power. This is at least the norm for most data center locations in the United States. However, in countries like Iceland, hydro and geothermal power is abundant, so getting reliable and inexpensive clean power is the obvious choice. Additionally, even the companies that do opt for clean power do it in a location or with a utility that will provide a discount for being environmentally friendly, and therefore doesn’t affect the company’s bottom line. Google is rare in that it is paying more for its wind power, but didn’t shy away from doing so.

Looking forward, we can only hope that Google continues to lead by example by running clean power data centers and influencing other huge Internet companies to do the same. Other big companies like Apple are deciding to forge ahead and cut out the middleman by building their own clean power sources. Apple is building a huge solar farm and a biogas-powered fuel cell farm in North Carolina, next to one of its data centers. eBay is also building a fuel cell farm next to one of its data centers.

To read more about energy efficiency and data centers, check out our blog post about Intel testing oil submerged servers, instead of the traditional cooling fans or even liquid-cooling systems.