Released in the U.S. yesterday, Knowledge Graph by Google focuses less on backlinks and keywords and more on information to answer searchers questions.

Yesterday, Google launched its latest endeavor to improve its search engine: Knowledge Graph. In an attempt to no longer return links, but to return answers, Google will now display a widget next to its search results with information about the topic being searched. The widget will contain a synopsis of what a Google algorithm deems is pertinent introductory information about whatever is being googled. 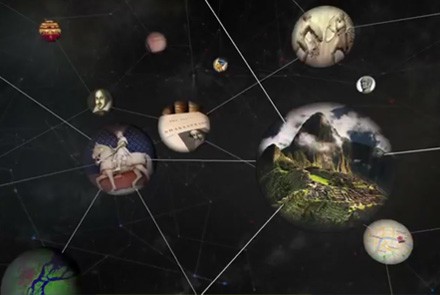 Knowledge Graph has already been populated with over 500 million people, places, and things. The key to how this all works however isn’t simply gathering data about objects, famous figure, or tourist destinations; it works by linking all of these things together to create a network of knowledge that will also be available to those searching for information. At the bottom of the widget will be a list of topics that others searched that are linked in someway to the current query.

This is the next build on top of Google’s Universal Search that was released in 2007. Universal Search seems like second nature now, but that was the first instance of Google bringing videos, shopping information, and images into one search results page. There’s been a lot of recent coverage surrounding Google’s attempt to include social links into its search engine. Now when users search a topic on Google, they will also see search results from friends in their Google Plus network. The company took heat for that addition, since most saw it as frivolous information cluttering up the real search results they wanted to see.

However, even Bing took a leaf out of Google’s book and has just included a social aspect to its search results. Instead of including social links in the mix with links from information sources, Microsoft’s search engine has added a sidebar dedicated entirely to social links that return based on the phrase searched. In general, reviews seem positive to this approach that attempts to integrate social media with search engines, because it’s done in a less intrusive way than Google’s attempt.

The Knowledge Graph also comes fairly recently after Google announced that it would be implementing a semantic search that focuses less on backlinks and more on pertinent information that users get true value from. Most of that is operating on the backend, but some noticeable changes have been Google’s optimal backlink percentage of words on a page has decreased from 3% to 1.4%. This was done to decrease the number of pages simply trying to capitalize on keywords and increase the visibility of websites that actually provide answers and information about users’ searches.

Note: At NetHosting, we’ve already figured out that users want answers. That’s why we offer around-the-clock support via phone or chat to make sure that you have the knowledge of a Dedicated Expert™ whenever you need it.

The example Wired’s coverage of the news used was a search of the United States astronaut Eileen Collins. If you type “Eileen Collins” into Google (again, right now this feature has only been rolled out in the United States), you’ll see a small box pop up on the right side of your screen giving a Wikipedia synopsis (when available), important dates (birth, death, etc.), and in this example, how long Collins spent in space, which missions she was involved in, and which space agency she’s affiliated with. The bottom of the widget displays and links the pictures and names of other important people associated with NASA and space travel such as Sally Ride and Stephen Robinson.

Google reports that this project has been in the works for the past two years and was jumpstarted when the company bought the semantic search organization MetaWeb. Projections include the search engine being able to answer actual questions from its database of information. For example, in the future if someone googles “Which governors of Western states have become president in the last 50 years?” the Knowledge Graph will be able to collate that information and return an answer, not a list of links.

Read more about Google’s vision for its semantic search in our blog post about the company’s innovation for its search algorithm.