Note: Even though you can’t tour a Google data center, you can take a virtual tour of NetHosting’s data center to see all of our physical and digital security measures, as well as our backups and environmentally-friendly implementations.

Operational since 2011, the Hamina, Finland data center is getting another facility on the same site that will also be cooled by the Baltic Sea.

Google has data centers all over the world, but most of the time the locations are not publicized for security reasons. However, when the company builds a data center that can further it’s aims of being more green, then it will announce the location, like the data center currently operating in Finland, next to the Baltic Sea. Yesterday morning, the President of Finland even went to the site for a tour and to be a part of the announcement that the search giant was going to spend another 150 million euros ($184 million USD) on a second data center to lighten the load on its current data centers in the region. 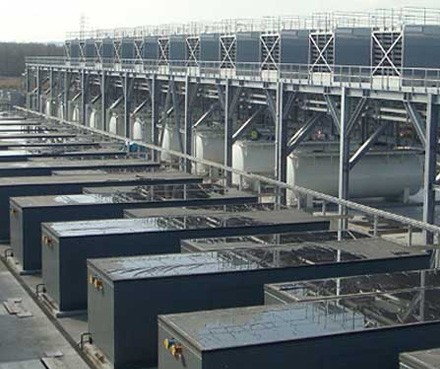 The currently operational Finnish data center is in Hamina, Finland. The facility started operations in September 2011. For the next eighteen months the next data center will be under construction, and Google estimates that it will create 500 jobs for engineers and construction workers during that period of time.

Many large corporations that service millions of users all over the world have begun to build their own data centers at international locations. Companies that have the time and resources for the long term are more in a position to design, build, and operate their own data centers instead of leasing space from web hosting providers.

For example, Facebook announced a data center that will be constructed in Lulea, Sweden, eight hundred kilometers from Google’s facility in Hamina, Finland. Although data centers can service traffic from all over the world, the longer the signal has to travel, obviously the slower a user’s experience will be. Therefore, companies put servers next to areas with heavy traffic. In this case, Google and Facebook are trying to better serve their Northern Europe user base. Additionally, because the weather is just colder further north, these locations make the data centers easier to cool.

Google paid $52 million USD in February 2009 for its facility in Hamina. Originally, the building was a fifty-six year old, abandoned paper mill. The company decided it was a perfect location for a data center. Underneath the paper mill were underground tunnels that went directly to the Baltic Sea. Google immediately saw their potential value as a way to cool server rooms. Water would be pumped straight from the Gulf of Finland into cooling systems in the data center.

Data center expert for Google Joe Kava said, “When someone tells you we’ve selected the next data center site and it’s a paper mill built back in 1953, your first reaction might be: ‘What the hell are you talking about? How am I going to make that a data center?’ But we were actually excited to learn that the mill used sea water for cooling. . . . We wanted to make this as green a facility as possible, and reusing existing infrastructure is a big part of that.”

The next facility to be built in the same area will be in a second building on the old mill site. Specifically, it will be constructed in the mill’s machine hall. This second building has a sea-cooling system as well, designed and implemented by Kava and his team. Wired noted, poetically, that while the paper mill most likely went out of business because of the rise of the Internet Age, so it is being reused from the quintessential company of that age.

Although the president, Sauli Niinistö, got a tour, it’s doubtful that he got to actually view any server rooms. While Google is all about opening its doors and encouraging people to use its green energy designs, the company also considers its customized servers as part of its secret sauce.

To read more about Google, check out our case study about the company’s history, infrastructure, and features.