Note: Google is planning to offer virtual server spaces in the cloud with its latest product. Instead of waiting around for Google, start Cloud Virtual Hosting with NetHosting today to receive outstanding customer service and a 100% uptime guarantee.

In May, there was evidence of a new IaaS product from Google. With the annual developers’ conference coming up, Google may officially announce the product. 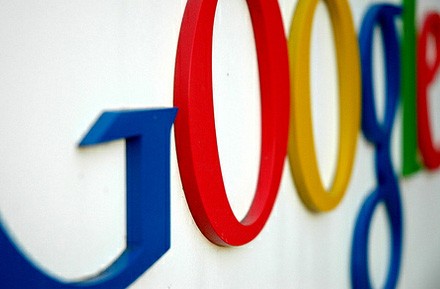 This news originally broke in early May of this year but with the recent GigaOM Structure 2012 conference, the tech blogs were abuzz again with news of Google’s future venture into the market. Additionally, Google has it’s annual developers’ conference, Google I/O, this week in San Francisco so analysts are saying now is as good a time as any for the search behemoth to unveil its foray into an enterprise cloud services platform.

Multiple sources around the web have confirmed that Google has plans to create not only an enterprise cloud services platform but also a bigger offering of its current app engine and storage abilities. Google however declined to comment. Those close to the project say that they don’t expect Google to have any deliverable software until the end of the year (however, that wouldn’t stop the company from announcing its plans later this week).

Note: Integrating apps into your business plan is fool proof because everybody loves apps. Start app hosting in the cloud with NetHosting today to easily update and access your code whenever you need to, and to get top-of-the-line hosting support 24/7.

Google already offers PaaS with its App Engine, so really it’s one extra step to create an IaaS. And although Amazon seems to be the target of every companies’ IaaS in the cloud, Google appears to be focused more on Microsoft. Amazon may attract a lot of startups and cloud companies, but Microsoft attracts developers. Google wants developers backing its system to not only build its cloud cred (street cred of the cloud computing world) but to expand its offerings as well. That being said, Amazon’s EC2 cloud does have a lot of business so it’s not as though the company is completely free from the competition that Google and Microsoft are planning to bring.

The initial plan from the Mountain View, CA company is to make writing, deploying, and managing applications on its platform as easy as possible. It’s doing this by partnering with third-party companies who can facilitate that ease-of-use. Thus far, reporters believe Rightscale and Opscode are teaming up with Google to lure enterprise customers away from Microsoft.

Amazon has been challenged before by companies like OpenStack and Rackspace but haven’t yet been caught quaking in their proverbial boots. A double-sided attack from the likes of Microsoft and Google might be enough to start worrying the web services provider. Google and Microsoft have a deep enough bench of engineers (to use a sports metaphor) for each company to crank out a technologically competitive solution and equivalent of AWS. Additionally, both companies have deep enough pockets that they can compete with the price of AWS. And most of all, this will just continue to fragment the cloud computing market. So even if Google and Microsoft don’t topple Amazon as top dog, each company can at least take a healthy chunk of the potential Amazon customers.

For Microsoft and Google, jumping into the enterprise cloud market started when both companies released their software suites in the cloud. From Microsoft, it was Office 365 and from Google it was Apps for Business. Integration seems to be the name of the game. While one company might have an outstanding cloud services offering, unless it can somehow integrate that functionality with other business practices, it might have a harder time gaining clients than it had hoped.

If you’re interested in reading more about the cloud, check out our blog post about how companies are moving into the cloud to reduce their carbon footprint.