Note: Companies all over the globe and all over the Internet are realizing the value of operating in the cloud. Try NetHosting’s Cloud Virtual Hosting today to get affordable hosting that feels like a dedicated server.

Companies with cloud platforms have begun partnering with third parties to offer technical assistance to customers moving to the cloud.

The cloud platform in general may seem difficult to jump into, but Google has just announced a number of new partnerships the company has formed, to offer better support to its customers within its own cloud offering (named Compute Engine). Yesterday, the company unveiled its Google Cloud Partner Program. It is a great place for potential customers to mingle and find vendors, consultants, or ISVs. By finding a variety of these different professionals, customers are sure to find someone with experience in what a customer wants to do in the Compute Engine. 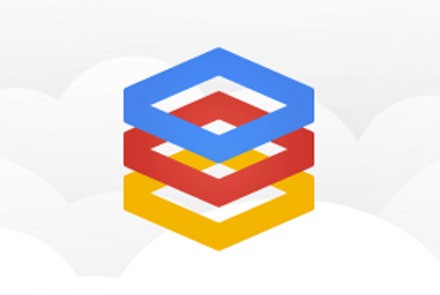 Partnering with smaller entities isn’t a new idea for software giants. Microsoft, IBM, and Hewlett-Packard have also launched similar programs in the past. The attempt is to always add value to the resellers, but success hasn’t been consistent. Aside from software companies, cloud providers like Google are now doing the same thing.

Google started a partner program before this, with its Google Apps and Google Appliance attached to enterprise accounts. Amazon also released a partner program this year, in addition to planning and hosting what will be the company’s first partner event, in Las Vegas in November of this year. And finally, while Microsoft has many partners, the company is trying to stay confident and reassuring while moving them all into Windows Azure. Critics say some users aren’t buying the calm exterior of Microsoft and are freaking out.

Partnering in the cloud is a bit different from traditional software partnering, however. Software vendors in the past used to use perks and extras to convince partners and users to come over to their side. These vendors might include free software, or paid-for consulting or developing for customers. The trouble with using that model in the cloud is that so much software is already free so offering it on servers for customers isn’t much of a gesture at all.

Currently, Google has two partner types. First, there are service partners including consultants and systems integrators. These partners do the heavy lifting for consumers if needed, like implementing services on Compute Engine, BigQuery, and Cloud storage. The other partner type is the technology partner. These technicians specialize in getting third-party software to play nicely with Google cloud products.

With this new partner program, companies that don’t want to hire developers to manipulate or analyze big data within say Google’s BigQuery, can pick a competent company from a Google-approved list to hire a contractor to work with them and their big data. Or, if companies have developers but don’t want them to spend their time learning Google SDKs, the same process of hiring out Google-sponsored help can happen. A few examples of these approved partners include: Informatica, Pervasive Software, Talend, SQLstream, and more.

So what’s in it for the partners? Worldwide head of alliances for Jaspersoft Ben Connors said that each company that is a partner with Google gets marketing and technical backup from Google, as well as a wealth of potential customers.

A spokeswoman from Google said that the company was starting small, and just wanted to make it easier for people to start using cloud platforms. Undoubtedly this is Google taking one step closer to rivaling Amazon’s Web Services. And even for a company with the depth and breadth of Google, giving AWS a run for its money will take some effort. Company’s like Google and Microsoft might first succeed only in breaking up potential Amazon customers into separate markets (Azure or Compute Engine) before any real progress can be made to take customers entirely from Amazon.

To learn more about Google, check out our case study about the mammoth Internet search company.