Known for retrieving legal movies and TV shows from the Internet, Boxee now wants to become the video equivalent of Instagram.

One of the biggest trends in home entertainment is the home media server. From storing your own media in a central location, accessible anywhere from any device, to purchasing a service to deliver content to your server so you can access it anywhere, home media servers are becoming the de facto way to enjoy movies, music, and television on the go and at home. 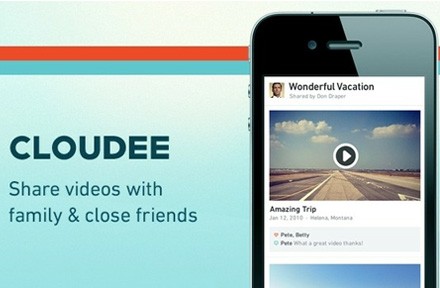 Thanks to the cloud, these kinds of services are possible. With the popularity of cloud hosting growing exponentially, more and more users are diving in to take advantage of hosting their own data and content in the cloud, for easy access any time, any place.

Boxee is one such service. This particular company offers software that crawls the Internet to find free content that can be stored on your server. So, you don’t have to pay for content, but the content you retrieve and store is also perfectly legal. Despite the convenience of Boxee, the hardware the company sells isn’t a major revenue source for the company. Perhaps in an effort to start making big bucks, Boxee just announced its cloud video sharing app, Cloudee.

Note: If your business is going well but could use an extra boost, consider building an app. After you build it, start app hosting with NetHosting to get the best service for the best price

The app was released today in a closed beta. It’s only available currently for the iPhone and iPod Touch. Right now the app is free, but again, this could be a great opportunity for Boxee to bring home more bacon. CEO Avner Ronen told an interviewer that Cloudee will integrate with the Boxee platform, and while that feature will be rolled out before the beta test ends, it isn’t functional yet. The prediction is that Cloudee content will be visible on a separate tab on the Boxee homepage.

At first glance, Cloudee isn’t exactly a novel idea. There are already tons of cloud storage services on the market, which also allow private file sharing. However, Ronen realizes that the customer perception is everything. “YouTube, in people’s mind and in reality, is a very public place,” he said, in response to the point that YouTube has a private sharing element as well.

The company is adamant that it is not a Dropbox replacement. In fact, the Terms of Service specify that Cloudee is “not a backup service.” The goal isn’t to have users upload every video they’ve ever taken. It’s all about sharing quality videos. Right now, users that get in on the private beta get unlimited storage. The final product will have a premium version available that will have no bandwidth or storage limitations. The video sharing won’t be restricted to the Cloudee user base either. Videos will also be able to be shared via SMS and email and eventually the iPad and Android devices.

This comes in the middle of speculation that Boxee will soon be releasing a DVR service, based on a February survey sent to users asking how much they’d pay for the ability to record “300 hours of TV.” The CEO didn’t comment on those rumors but some are wondering if Cloudee is simply a DVR service in disguise. What if Boxee wanted to test the waters before launching it as the rumored DVR?

I think that’s pretty unlikely, but I love a conspiracy theory as much as the next person. Cloudee seems to be geared towards becoming a social network of sharing videos. Some are touting the app as the Instagram of videos. In my mind, that’s a far cry from a DVR for TV shows and movies.

To read more about cloud storage services that are hot on the market today, check out our blog post about Mozy’s latest foray into the market to challenge Dropbox with its product named Stash.