Note: A more efficient data center could have big implications for hosting costs. However, if you choose dedicated hosting with NetHosting, your costs are already rock bottom. Start hosting with us today to get world-class, 24/7 service.

Named the Net Zero Energy Data Center, Hewlett Packard researchers have designed a data center that can generate as much energy as it consumes.

We’ve talked a lot about energy efficiency for data centers on this blog. An idea that’s gaining ground among data center experts is the notion of a facility generating energy. It might sound like science fiction, but HP researchers think they might just have it figured out, and have published the architecture to get it done. They’re dubbing their project the Net Zero Energy Data Center. 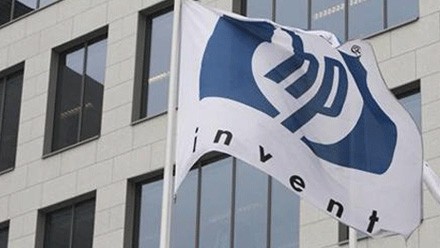 The problem with energy consumption in data centers is that for the most part, the need to keep servers running all the time, no matter what, trumps the need to be energy efficient. Of course this attitude is changing as the world becomes more environmentally conscious, but the fact remains that a data center’s number one priority is to stay operational. The great thing that green data center technology has going for it is that after the initial setup costs, green technology can actually save companies money through reduced energy consumption. This is what piques the interest of a data center facilities manager and what can propel the development of green technology forward.

Note: One of NetHosting’s priorities is to make sure our data center is as environmentally friendly as we can make it. Take a virtual tour of our facilities and know that our web hosting services are secure and efficient.

Companies as mammoth as Google or Apple can afford to shell out some extra dough to make their data centers as environmentally friendly as possible, and it returns more than just monetary benefits to them. The positive PR behind Apple’s solar powered data center goes a long way for the image of the company. And as far as achieving the efficiency needed to reduce energy consumption, Google can afford to build their own, highly customized servers and bring down their energy bill that way. Smaller data centers don’t quite have that luxury, which is why HP’s blueprints are so important.

HP researchers designed software that will let data center facilities managers predict and manage power consumption to optimize how much power they’re actually taking from the grid. Researchers are planning to accomplish this with predictive analytics software. Paired with a renewable power supply (e.g. a solar panels), data centers could run non-critical server loads (e.g. backups) when the solar panels are providing energy to the facilities.

The idea is that a hosting data center would use a low amount of energy from the grid at night, and could then “return” the energy via the solar panels in the day time. The specific HP researchers working on the project are part of the Sustainable Ecosystems Research Group. The group presented a paper (titled “Towards the Design and Operation of Net-Zero Energy Data Centers”) about their findings this week at the IEEE’s 13th annual Intersociety Conference on Thermal and Thermomechanical Phenomena in Electrical Systems.

To be clear, the Net Zero data center is not in construction yet, but a technologist with HP Labs, Cullen Bash, says the company is close to reaching that milestone. He predicts that these plans will be able to reduce energy consumption in data centers by thirty percent, and will also reduce how dependent data centers are on the public utility grid by eighty percent.

These figures are just experimental estimates right now, but the workload management software the HP is pioneering is certainly real. There are already talks about including it as an HP services product. Already HP has a services group that helps companies evaluate energy costs associated with products they make.

Bash has his sights set higher than just building a more efficient data center, however. The HP employee has looked heavily not just into solar arrays but biogas plants and building a solar farm.

To read more about green energy and data centers, check out our spotlight on a startup company looking to commercialize microservers (smaller servers that use less energy than traditional servers).