HP Lays Off Employees to Focus Business on Cloud Computing

Note: Whether you’re using cloud hosting or cloud virtual hosting, you definitely want to host your website and services in a scalable and flexible environment. Choose NetHosting today to get unbeatable service 24/7.

8% of Hewlett Packard’s employees are going to be laid off between now and October 2014 so the company can focus on cloud services.

The economy is always a question mark in today’s marketplace and unfortunately HP employees are finding out just how true that is. This morning Hewlett Packard released a statement which outlined a plan to reduce costs for the company and innovate products and processes. The first step of the plan? Lay off 27,000 employees. 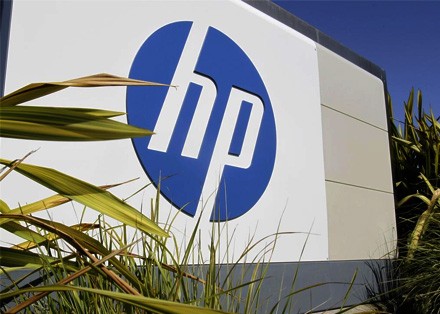 27,000 adds up to about eight percent of HP’s workforce. Employees have not been individually notified yet, but CFO Cathie Lesjak says they will be shortly. Layoffs are projected to continue through October of 2014 (October being the end of HP’s fiscal year). Employees close to retirement will be assuaged with early retirement packages instead of cut-and-dry layoffs.

As harsh as it sounds, the company hopes to save $3 to $3.5 billion USD because of the layoffs and reduction in internal infrastructure. This round of layoffs is the largest the company has had in its 73 years of existence (at least from the payroll perspective).

The axe is said to come from the top, from CEO Meg Whitman. Whitman was made CEO last September after she ran for governor of California and came up short of the votes she needed to win. The boss was quick to point out that these weren’t mindless, across-the-board cuts, but they were strategic in shaping the future direction of the company. For example, HP services department has seen a one percent revenue decline every year for many years now, and that branch will be facing the most cuts. The company doesn’t plan on nixing the group altogether, but Whitman recognized the need to cut dead weight there first to begin to facilitate a turnaround in productivity.

Note: Productivity in today’s mobile marketplace meaning working on the go. Choose app hosting with NetHosting for your business needs to make sure your employees and get things done whether on the road or in the office.

The old focus of HP was slower-growing, lower-margin services (e.g. IT outsourcing offerings) but that is all changing. Whitman has made it clear that the hardware company will be moving away from that business model and looking towards game changing technologies that are big, right here and right now. Specifically the CEO mentioned faster-growing, higher-margin cloud services, application-modernization services, and security/data analytics. Whitman predicted that “Headcount will be down . . . But I believe we will have a smaller, more profitable services business over the next two or three years.”

So really the permeable cloud has infiltrated every aspect of business within the tech industry. Not only are Internet companies and service companies looking to innovate and expand into the cloud, but even companies known primarily for hardware like Hewlett Packard are jumping into the cloud mix. It’s a great time to be in the hosting industry as the demand for cloud hosting gets higher and higher.

HP’s CEO is looking positively towards the future of the company. With Windows 8 coming in the near future, she predicts HP’s bread and butter (PCs) to be in higher demand. Printer sales have been down but the company’s plan is to get aggressive in that market and make up for lost sales.

As in real estate, location, location, location is the last point of consideration for HP. Whitman reports that sales are strong in the U.S. and Asia, but is cautious about the company’s presence in Europe. With all the turmoil surrounding Greece and the European Union, it’s unclear how HP will fit into the European economy. Additionally, France’s new socialist president François Hollande brings a question mark to HP’s business in the country.

And really, all that matters with all of this expansion and reduction is the bottom line. HP did in fact outperform its earnings estimates by analysts with share prices up 10% in after-hours trading.

If you’d like to read more about HP’s competition, check out our blog post about third-party custom server builders.