Note: Hulu is back in the spotlight with a growing list of original shows. Ever wondered what keeps the company running in the background? We’re not talking about ownership. We’re talking about the hosting systems and server infrastructure that supports their many viewers and videos. Check out our Hulu Case Study to learn more!

In January, Hulu released a short list of TV shows it would be producing. Yesterday the company announced four more.

We haven’t talked about Hulu in awhile on the blog but this past week the company has been moving and shaking. Yesterday, the company announced a lineup of original programming it would be releasing. Other programs Hulu has revealed it would be producing include “Battleground,” “Up to Speed,” and “A Day in the Life.” Today the company also announced “We Got Next,” “The Awesomes,” “Don’t Quit Your Daydream,” and “Flow.” 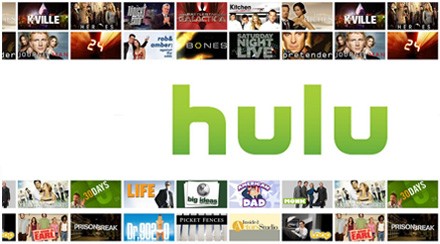 In January, the video watching site had first announced it would produce an original show called “Battleground.” It is touted to be a scripted political comedy. Skeptics haven’t seen anything exceptionally promising about the lineup announced before today, but Hulu rolled up its sleeves to showcase some big names that it has brought in to star in some of these new shows.

For example, Seth Meyers (long time SNL Weekend Update anchor) will play a lead role in “The Awesomes” along with comedian Michael Shoemaker. It is a comedic, animated series featuring an unassuming superhero and his colleagues, fighting villains and paparazzi. The crime fighters are considered second-rate and will have to fight against their poor reputation. “The Awesomes” won’t be released until 2013.

On a more serious note, Adriean Grenier (the lead of HBO’s “Entourage”) will star in “Don’t Quit Your Daydream” which follows famous musicians to find other artists that could have been famous but for one reason or another, never got to the big stage. The famous musicians will then collaborate on a song with the non-famous artist to give them a chance to make it big.

“Flow” is described as being about a kid framed for a crime he didn’t commit. He goes on to deliver justice by learning an ancient art, discovering new worlds, and becoming a hero. The description for “We Got Next” doesn’t reveal much about the show, only that it will revolve around four friends and their interactions on and off the basketball court.

Hulu has the cash to back up these projects: it reported today that it has two million paid subscribers and raked in $420 million in revenue last year. A chunk of that revenue of course comes from Hulu’s ads. Over 1,000 brand advertisers have been served via Hulu. Website comScore reports that the video watching site is the leader in video ads delivered per month, second place in total video content, and has the third highest minutes-per-viewers statistic.

Note: What Hulu’s new shows will mean for its current ranking is hard to predict, but with greater viewership, they’ll need to provision their hosting systems for the bandwidth spikes and server strain. What’s your flexible hosting solution?

A chunk of Hulu’s success can be attributed to the diversity of content the site can offer. The company has over 360 content partners. Hulu Plus (the paid version of the service) boasts 40,000 hours of content available to paid subscribers. 50,000 full TV episodes and 1,900 full TV series make up those 40,000 hours. With those numbers, it wasn’t surprising that Hulu also announced today that the site is ninth in unique viewers for total videos. Twenty percent of the online video market uses Hulu, along with 40% of the paid video marketplace. In February alone, viewers watched 2.5 billions videos on Hulu. Keep in mind that Hulu is not available internationally – that number is from U.S. viewers only.

So with all of this incredible traffic, it is no surprise that Hulu CEO Jason Kilar said that the company has $500 million to spend every year on licensing and creating new shows. The main goal is to better compete with Netflix, Apple, and Amazon. Hulu particularly has its sights set on Netflix, which has also announced new shows in the near future, like “House of Cards” and “Lilyhammer.” Netflix’s biggest programming announcement was that the company would be reviving the cult classic television series “Arrested Development.”

If you want to read more about Hulu, check out our case study highlighting the company’s history and systems.