Note: NetHosting is proud to provide reliable service to its clients no matter what the weather like is outside. With a more than adequate backup generator, your data is protected from blackouts.

One of the worst recorded power outages in history brings Northern India to its knees at the worst time.

On July 30th, a massive power outage swept across the northern portion of India putting 300 million people living in the states of Punjab, Haryana, Uttar Pradesh, Himachal Pradesh, and Rajasthan in the dark. Indian Power Minister Sushil Kumar Shinde, located in the darkened capital Dehli, blames the outage on provinces located in the northern grid which are using more than their allotted power. 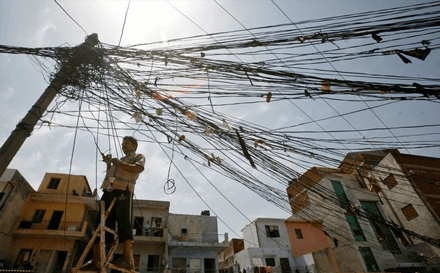 These hundreds of millions of Indian citizens are now in, reportedly, one of the worst recorded power breakdowns in history, and are left without lights, cooling systems, traffic lights, trains, and key installations, such as hospitals, are running off of backup generators. Power outages are not uncommon in India however. Due to India’s unbalanced amount of power available to its almost 1.25 billion residents and an aging grid system, the reliability of its power infrastructure becomes increasingly unreliable.

The power has been restored to some provinces but authorities are worried that this will remain the case. Due to a sudden spike in temperature due to a heat wave following a monsoon, there has been an increase in power usage for air conditioning and cooling systems which makes the state of the restored grids quite fragile.

Apparently, one key portion of the demographic was somewhat prepared however. India’s data centers operators, using a little bit of insight, have implemented adequate backup measures to handle power cuts ranging from the short, frequent ones to these massive, borderline apocalyptic outages. Many companies are outsourcing their data centers to operators in India and these power outages can start a butterfly effect on organizations in other countries. This could be one of the reasons why data centers in India have been outfitted with state-of-the-art backup procedures. But the tech industry in India hasn’t been entirely left unscathed. The Bank of India located in Delhi reported having to turn customers away because there is no Internet, putting commerce and interaction with bank accounts at a standstill.

One of the obstacles data centers continue to have in India is having a secured amount of power. When land is purchased and even when the data center is completed, the data center may be allotted 3-5MW. For the most part, the center may run off of 3MW but when it comes time to use a little more power, it may not be available. So a sufficient power backup solution is necessary for data centers and other buildings that rely so much on power. This puts data centers at an advantage

But for the time being, the Indian government seems content with pointing the finger at provinces that seem to be exceeding their quotas and threatening other regions with even stricter power restrictions should they also exceed their allocations.

This particular outage comes at an embarrassing time for the nation, as the leading officials had set a goal to have sustained power to every citizen by 2012. The reforms it had hoped to accomplish were to switch to more renewable power sources while mining all the coal possible during the transition, allow those who can purchase more power do so, implement stricter punishments for power thieves, and employ “smart grids” which are programmed to improve the power efficiency dramatically.

It seems a booming population and a huge, imported market dealing with web services are the two elephants waiting in the lobby to visit with Power Minister Mr. Shinde. In order to accommodate a mega population with medical care, refrigeration, traffic, and other necessities will require a better power infrastructure. And if the Indian government invests in establishing a modern power grid, perhaps more companies will be more willing to house their data centers in the region, potentially bringing in a modest return on that investment.