It’s well known that the harder computers work, the hotter they become. Not only does this put the components in danger of simply burning out, but those same components work less efficiently when their internal temperatures rise. Gaming enthusiasts and data center administrators know this first hand, since cooling a personal gaming PC and cooling data centers are at the forefront of both groups’ collective minds. Often, individual PCs are cooled via liquid cooling, where tubes wind through a case and rely on the principles of thermodynamics (akin to how cooling systems in cars work) to transfer heat from warmer objects to cooler objects. 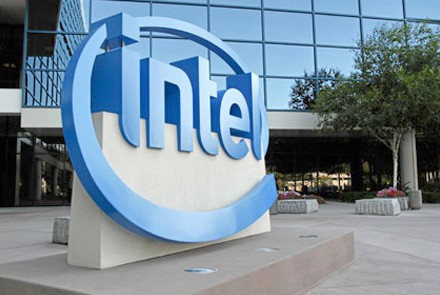 The downside is that liquid cooling is often fairly expensive, which is why individual servers with liquid cooling systems are cost prohibitive for data center server racks. Pro gamers with pro gaming rigs have been known to immerse their entire gaming systems in vegetable oil, since it isn’t conductive and won’t ruin components like water would. Now, big name server builders are taking note of the success of immersive oil cooling, and Intel has tried it with its hardware as well. Results thus far look promising.

For the past year, Intel has been testing Green Revolution Cooling’s mineral oil server-immersion technology. Mike Patterson is Intel’s senior power and thermal architect and he reports that it’s a safe solution for servers, and for administrators that need maximum power and capacity from their systems, it might start becoming the norm.

In 2010, Green Revolution Cooling got a good amount of press coverage for being the first to introduce this oil immersion solution and actually get traction from big name companies. Although it did get some enterprise integration, Intel’s test for the past year has undoubtedly been the biggest endorsement the company and the practice have gotten. The official name of the product is CarnotJet. The company puts servers in specialized coolant oil that absorbs the heat that the server components emit, which then directs the heated coolant to a radiator. The radiator cools the coolant and then it gets recycled back into the container holding the servers and coolant.

Green Revolution Cooling and Intel (and consumers at large) don’t have to rely just on estimations on how effective this solution is. There is a Power Usage Effectiveness rating scale that proves how effective different computer cooling solutions are. Servers that use traditional air-cooling have a PUE rating of about 1.6, reported Patterson. This means that there is about an extra sixty percent power requirement for all of the cooling systems for the servers, in addition to its standard power needs, without extra cooling. After a year of testing, the servers immersed in oil at Intel had a PUE rating between 1.02 and 1.03. It’s worth nothing that these lower PUE scores can happen with traditional water cooling and even air cooling, but it takes more upfront engineering and hardware, which adds to the bottom line, says Patterson.

Note: If you want a quick server solution that delivers quality results but without a big upfront cost, try NetHosting’s Cloud Virtual Hosting. You get the benefits of an isolated server space at the price of a shared server solution.

Despite the resounding success of this experiment, Patterson admits that this doesn’t mean all of Intel’s servers are going to be submerged in oil. Rather, it’s another viable option on the table as the company evaluates its best options for the future. If Intel chooses not to pursue this cooling method, that doesn’t meant that it won’t add it to the arsenal of techniques it recommends to partners or customers to cool their own products and data centers. While it might be obvious for high performance computing data centers to adopt this in the future, it will be interesting to see if facilities that don’t need maximum computing power, like cloud hosting providers, feel like the benefits outweigh the cons to oil cooling.

To learn more about data center management, check out our blog post about Google’s Finnish data center that is cooled by seawater from the Baltic Sea.