Iran Is Threatening to Put The Kibosh On The Internet

After a series of pestering cyber-attacks, Iran is threatening to unplug the Internet altogether.

At some point, enough is enough. I remember one time my cousins and I were gathered around an old 24 inch CRTV in our grandma’s basement playing Super Smash Brothers on a Nintendo Game Cube. With four spots open and six cousins huddled around the television, taking turns was no fun and waiting for the decision to be made at the end of the match who would give up their controller was often heated and led to some of the most grizzly and intense fights involving nine year old boys I have ever witnessed. Our parents would come down and break up the fights, bring us upstairs for board games, or just let us solve the matter on our own. One time however, a particularly brutal fight occurred resulting in one of our aunts storming the stuffy game den and seizing the Game Cube, which she falsely referred to as a “Super Nintendo,” and the rest of our family reunion was spent reenacting and emulating battles from Super Smash Brothers. 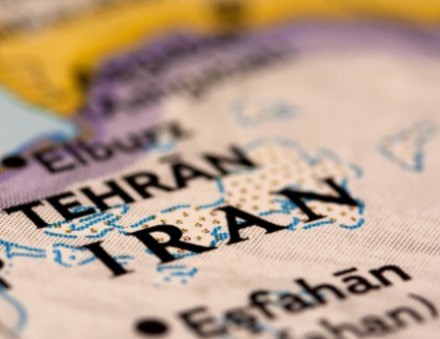 It seems Reza Taqipour, Iran’s minister of communication and information technology, is staging the same sort of end-all solution for Iran’s Internet connectivity after the continuous bombardment from Israeli and US virtual armies launching cyber-attacks. Taqipour has officially labeled the World Wide Web as “untrustworthy” and recently announced the regimes plans of disconnecting main government ministries from the web by September.

Iran’s systems are frequently hit with high powered viruses which wreak all sorts of havoc on their systems ranging from its banks to, most famously, its nuclear programs. Mikko Hypponen, the chief research officer of the Finnish computer security firm F-Secure, received an email from a scientist working for the Atomic Energy Agency of Iran. In the email, the scientist explained that one of Iran’s nuclear facilities had, “once again been compromised and attacked by a new worm with exploits which have shut down our automation network at Natanz and another facility Fordo near Qom.” The email continues, “According to the email our cyber experts sent to our teams, they believe a hacker tool Metasploit was used. The hackers had access to our VPN. The automation network and Siemens hardware were attacked and shut down. I only know very little about these cyber issues as I am scientist not a computer expert. There was also some music playing randomly on several of the workstations during the middle of the night with the volume maxed out. I believe it was playing ‘Thunderstruck’ by AC/DC.”

These cyber shenanigans, reminiscent of the tactics used in Panama during “Operation: Just Cause” in 1989, are apparently doing a good job making the Iranian regime frustrated and isolating them even more from the world. Mahmood Enayat, the Iran Media Program director at the University of Pennsylvania’s Annenberg School of Communications shed a little more light on Iran’s seemingly stickler solution explaining, “The regime no longer fears a physical attack from the West. It still thinks the West wants to take over Iran, but through the Internet.”

Note: Despotism and tyranny aren’t only found within the regimes of some nations, but also in web hosting companies! Find out how our cloud hosting solutions can set you free.

Recognizing how important virtual communication is however, Iran has also announced the development and eventual deployment of a nationwide, domestic intranet. This closed network will do all but completely seal the Iranian people from access to the global web. This movement only adds to the debate if denying access to the web is an infringement upon human rights. If we also remember, access to the web and social media played an important role in organizing the 2009 Iranian Election Protests and conveying the movement and brutal reactions to the rest of the world. This move, while not advertently impacting other nations, is another significant example of Iran stepping up defensive measures while tensions between them and Israel, and most of the western world, rise.