Legacy Applications Prove To Be a Roadblock for Government Cloud Adoption

Note: For projects smaller than running a country, consider a virtual hosting solution in the cloud. NetHosting’s Cloud Virtual Hosting service offers affordable hosting with tons of amenities perfect for running a personal website or blog.

Although the government has been requiring agencies to move apps into the cloud, re-engineering legacy software has prevented that from happening.

In November 2010, the White House issued a “cloud-first” mandate for all future government IT projects. Since then, slowly but surely, federal agencies and departments have been transferring operations to the cloud. The motivation is that doing so could potentially save the government billions of dollars every year. There are however, a few roadblocks to quick and seamless cloud adoption. 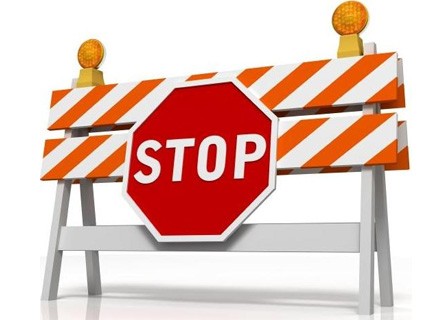 One company, MeriTalk (a group that is focused solely on government technology), took a survey of federal IT managers and the progress that has been made thus far in moving applications to the cloud, specifically mission-critical applications. Out of all respondents, seventy-three percent said that they were concerned about data vulnerabilities that could arise from moving these important applications to the cloud. Although security issues with the cloud are not as prevalent as some believe, and the issues that do exist can be deftly dealt with, it is interesting to note that the concern persists with many IT professionals.

Note: Currently, the government is using all dedicated hosting. Although it’s not cost effective on scale as big as the U.S. government’s, it can be a great and inexpensive solution for business owners. Try out NetHosting’s dedicated hosting today!

Throughout the past two years, under the cloud-first policy that was implemented, the General Services Administration (GSA) has been looking for feedback from the technology industry and from government members. The GSA wants to start a program that could recruit cloud hosting providers to help these federal groups transition their systems and applications into the cloud, to private-sector hosting providers. The main problem the agency is running into is that there are bigger budget items to be taken care of before incentivizing the industry.

For example, one major roadblock currently is that many federal agencies are running legacy software, so plopping operations into the cloud is not as feasible as it looked on paper. The majority of those surveyed for the MeriTalk poll said that seventy percent of their budgets go to maintaining legacy applications. Thirty percent of a budget to start cloud computing projects with isn’t much to go on.

As for hard numbers, the government believes it can save $16.6 billion USD if every federal organization moved at least three mission-critical applications into the cloud. IT managers polled said that more than half of their IT budgets go towards supporting mission-critical apps. Fifty-two percent also said that these apps are custom-built and forty-five percent indicated that moving these apps to the cloud would require major re-working of the apps themselves.

Steve O’Keeffe is the founder of MeriTalk and was quoted as saying, “Transitioning legacy, mission-critical applications to the cloud is not a forklift exercise – in many cases it’s more like an organ transplant. With the complexity and security concerns, it’s not surprising many agencies want a private room.”

A strong minority of all those who responded to the MeriTalk survey, forty-six percent, acknowledged that putting their critical apps in the cloud would help them complete business tasks. Forty-three percent stated that having data in the cloud would be easier to perform analytics on, and would be better for big data applications. Although the transition is slow and incremental, it is truly happening.

To read more about the government moving into the cloud, check out our blog post about Microsoft and the White House inking a deal to use Office 365 as the official office products of the United States government.