Megaupload: Not Quite Dead Yet

Note: The unfortunate nature of some cloud storage services is that people might use them to keep illegal data. Avoid being punished for someone else’s mistake and use NetHosting’s Cloud Virtual Hosting to keep your data secure and in the cloud.

The government seizure of Megaupload stopped illegal file sharing but is causing those who were legally using the site to sue to get their data back.

The story of Megaupload is well known after the government squashed its activities in January 2012. Now all that’s left of the website is a notice with three government seals and an explanation of the seizure. But is that really all that’s left? Not according to former Megaupload customer Kyle Goodwin who is knocking on the White House door, with a few of his lawyers, wanting the high school sports footage his company shot and stored onto Megaupload. That is one question people are starting to ask: when the government seizes a website, what happens to the people who have information stored on those sites? 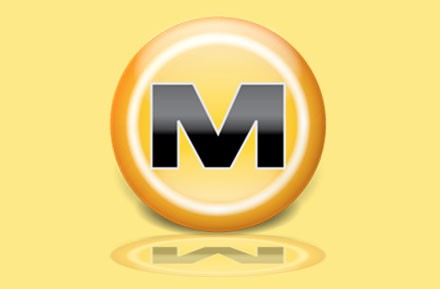 The government is hesitant in giving this information, afraid that it could cause an onslaught of other Megaupload users who want their information back from the 25 petabytes confiscated by the feds. But that wasn’t all of Meguploads data which spread its information across 1,100 servers hosted by Carpathia. Carpathia received the go ahead to delete most of the data stored on those servers if they choose to. So Kyle Goodwin could also approach Carpathia in hopes of finding this information, but this would cost Goodwin a pretty penny in hiring cyber trackers and paying this hosting service for its time and efforts.

Note: The cheapest hosting solution available is virtual hosting. If you prefer working with a Windows server, NetHosting offers a Windows Premium Virtual Hosting package at a low cost you can afford without skimping on features.

The government put it rather glibly in a recent brief filing, “The issue is that the process of identifying, copying, and returning Mr. Goodwin’s data will be inordinately expensive, and Mr. Goodwin wants the government, or Megaupload, or Carpathia, or anyone other than himself, to bear the cost.”

So far Goodwin is the only Megaupload user to join the legal fray, demanding their information back. But his legal team expects more to follow. In a recent statement from Goodwin’s legal team, they explain, “As more and more consumers move their data to the cloud, and as the government continues its campaign to seize whole websites without regard for third-party property residing on those sites, it’s clear that we need a better solution. We hope the court will help us get there.”

And the same law team is hoping the court isn’t as hard-nosed about it as the White House is. Judge Liam O’Grady of the U.S. District Court is the judge who is handling the Megaupload prosecution. In a legal filing to Judge O’Grady states, “What is clear is that Mr. Goodwin, the rightful owner of the data he stored on Megaupload, has been denied access to his property. It is also clear that this court has equitable power to fashion a remedy to make Mr. Goodwin-an innocent third party-whole again.”

But former users personified by Kyle Goodwin aren’t the only ones wanting the seized data to be preserved. Megaupload is pushing to gain access to some of the funds acquisitioned by the federal government in order to keep the data stored at Carpathia, to better help its defense and hopefully give all the data back to its users. The Motion Picture Association of America also contacted Carpathia and told the service to hold onto the plethora of data, but for an entirely different reason. The MPAA is hoping to get a few minutes in the ring with Megauploads creators, handling its copyright infringement accusations. Carpathia is following both wishes and claimed that it is expending $9,000 every day to save the Megaupload data and seems to be wanting to wash its hands of this incident altogether.

This case could be one of the most foundational prosecutions according to cyber law. With a huge increase of cloud-based storage services and cloud hosting companies, the once stark lines which determined the boundaries of copyright are becoming thinner and thinner while the penalties for even supposed infringement are becoming more and more strict. No doubt, it will be interesting to see how the Megaupload seizure will shape the online legal sphere in the future.