Microsoft and the U.S. Government Strike a Deal in the Cloud

Note: Cloud hosting should be a part of every company’s business plan, not just big name companies like Microsoft and Google. NetHosting has affordable hosting, not to mention quality cloud hosting, so call today.

Office 365 for Government is Microsoft’s cloud-based web app suite that the U.S. government is now using, much to Google’s dismay.

For us consumers in the public sector, it might be a surprise that some of the big name companies we use on a daily basis are also used on a daily basis by the government. In fact, landing a government tech contract is a huge victory, even for massive companies like Google and Microsoft. Both companies were competing to be the provider for cloud-based office apps to Washington recently, but Microsoft landed the gig with its Office 365 web apps. 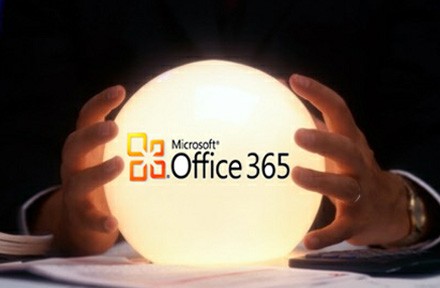 The added cost to Microsoft is building a separate cloud infrastructure so that there is no inter-mingling of government data and any of Microsoft’s other clients’ data. This furthers Microsoft’s stranglehold on the market, which Google took issue with in November 2010. Google sued the U.S. government because the U.S. was going to give the web application contract to Microsoft without even letting Google bid. The search company actually won that lawsuit and the right to bid, but in the end, Washington picked Microsoft anyway.

Part of the problem for Google trying to break into this market with its own Docs software is the paradigm of Microsoft. Currently, the majority of computer users (at least in the United States) expect to see all productivity software as a Microsoft Office product, whether Word, PowerPoint, or Excel. Particularly for corporations that use more than just that trifecta of software but also services like Lync, Outlook, and Access, Microsoft is an integral part of what they believe productivity and professionalism looks like. That will be a difficult roadblock for Google to overcome to break into the market.

While Microsoft can run all of these apps from the cloud with Office 365, it really isn’t veering too far from its bread and butter business plan. Office 365 comes with a hybrid licensing scheme that allows (and requires) some version of a physical installation of Office programs on employee desktops. This hasn’t been a problem for most 365 adopters, but in the future, with Windows 8-based tablets, Microsoft will have to release a version of its web apps that’s less dependent on employee workstations and more dependent on the cloud.

Note: Desktop virtualization is becoming a mainstream IT solution for mobile workplaces and mobile employees. Put your employee workstations in the cloud with NetHosting’s cloud virtual hosting and receive a 100% uptime guarantee.

Microsoft has packaged their government services as Office 365 for Government. The company offers a very similar deal for business called Office 365 for Enterprise. Both iterations of the service offer a FISMA package and come with transparency and compliance features. However, Microsoft squeezed in FISMA (Federal Information Security Management Act) certification just two weeks ago. To obtain certification, software that handles sensitive or higher class data cannot be on servers outside of the United States. Google also jumped the FISMA hurdle for its product Google Apps for Government, a few months ago.

The Redmond-based company’s tune has changed as far as the how the cloud can work for government agencies. Just one year ago, the company’s public sector vice president Curt Kolcun wrote on his blog that cloud-based storage wouldn’t be a perfect-fit solution for governments. He did advocate for hybrid IT environments, i.e. a mixture of cloud- and desktop-based services. Kolcun said, “There isn’t a ‘one size fits all’ solution here. What works for the Department of Agriculture might not work for an intelligence agency, and that’s OK. A diversity of missions requires a portfolio of solutions. . . . The reality is that not every workload or customer is headed to the cloud in the near future.”

Undoubtedly, Google isn’t finished fighting for its stake in the government cloud-based app market yet. Microsoft might want to keep a closer eye on its employee blogs before it tries to persuade the government to stick with them instead of jumping over to the Google wagon.