A new subsidiary of B&N will handle all of the company’s digital and educational interactions and it got $300 million USD from Microsoft.

E-books have changed the face of the book selling business and prior to the Nook (maybe even with the Nook), Barnes & Noble was getting left behind. There’s no disputing that Amazon and Apple hold the majority of the e-book market share. Earlier this morning it was reported that Barnes & Noble signed a deal with Microsoft to try and make a stand in the e-book market. 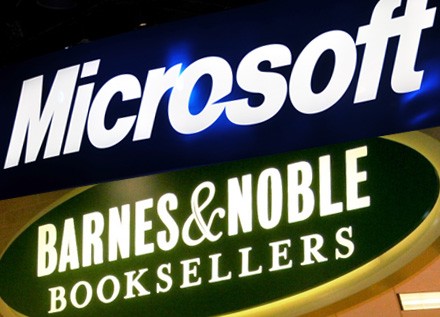 The nature of the partnership hasn’t been revealed yet, but the details of the agreement show that B&N is creating a new subsidiary that includes all of its Nook and educational college business. The deal specifies Microsoft investing $300 million USD into that subsidiary. Barnes & Noble is now valued at $1.7 billion.

Currently, the Nook is built on a forked version of Google’s Android platform. Some speculate that is a great opportunity for B&N to either create a whole separate business from the subsidiary or even sell it to Microsoft. Of course, that leaves a lot of question marks about what’s going to happen with the next iteration of B&N’s e-reader. No mention is made in the joint press release if the next Nook will be a Windows 8 device but if it’s not, it will create some interesting tension to integrate Windows 8 app functionality with an Android device.

Right now, the subsidiary is simply referred to as Newco. Microsoft will own 17.6 percent of it and B&N owns the remained 82.4 percent. It seems natural for Microsoft to want to get e-book content specifically for its Windows 8 platform so Windows tablets can compete with the Apple iPad and the Amazon Kindle series. The Kindle Fire is currently king of the tablet heap due to its low price and the seamless integration with all of Amazon’s e-book content.

Microsoft has been urging developers for months to make apps for the Windows 8 platform. B&N and Microsoft agree that the first product that Newco will come out with is a Nook app for Windows 8. One result from this deal will mean more content not only for Windows 8 but for B&N’s mobile store as well.

Note: Research shows that those who get into a market early do better overall than their competitors in that market. If you start developing for Windows 8, know that NetHosting can meet all of your app hosting needs.

No doubt Microsoft included all of B&N’s educational material in the deal was because of Apple’s big push this past year to get more educational material on e-readers and tablets. The Redmond-based company isn’t just focusing on education through e-readers; it also has been working on integrating the cloud into the classroom. In fact, earlier this month Microsoft closed it’s biggest-ever cloud-services deal with the All India Council for Technical Education. The deal will send Microsoft’s Live@edu product to about 10,000 technical colleges in India, which breaks down to about 7.5 million users.

Despite the hopeful future that B&N and Microsoft are aiming for, it will be an uphill battle. Apple reported that there are over 20,000 educational apps for iOS and that more than 1.5 million Apple devices are already in use in schools. And those figures are from five months ago so with the release of the latest iPad, you can guess how much those statistics have grown.

Another avenue that may open from this deal is finally pushing the Nook internationally. So far, the closest the company has come was back in March, when B&N incorporated Barnes & Noble Digital Media GmbH, a German company. An international focus would be sure to boost the Nook’s share of the tablet market, which is only 3.5 percent.

If you’re interested in reading more about Microsoft’s latest wheelings and dealings, check out our blog post about the Windows Server 2012 and Windows System Center 2012 news we covered from the Microsoft Management Summit a few weeks ago.