Office 2013 was released for consumer preview in July but one un-hyped detail was the new development features Microsoft added to Office and SharePoint.

We highlighted Microsoft’s bold move to offer its Office software suite in the cloud some months ago. However in July, news of Office 365 picked up again when the company released the customer preview of Office 2013. Most of the coverage focused on how it was completely re-vamped to work better with Microsoft’s focus on the tablet market, but there was another interesting part of the announcement that got overlooked by most. The model of Office and SharePoint have been completely reworked which creates a wide new market for developers. 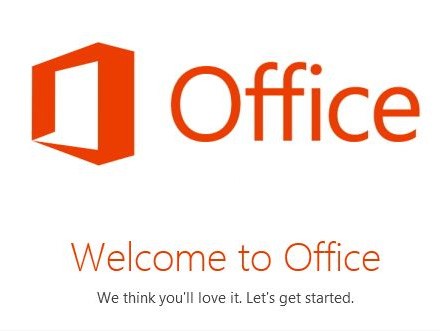 One director in Microsoft’s Office division, Richard Riley, is in charge of the SharePoint marketing team. He was quoted as saying, “This is the most significant change to Office and SharePoint in the last 15 years.” Microsoft’s Office user base is over one billion people, and the company is hoping that that equates to the success that Apple has had with its app store and Google Play but in the form of an Office App Store.

Brian Jones, group manager of the Office Solutions Framework Team said, “The number of people that actually have Office is a huge addressable market for developers. If you are already an Office of SharePoint developer, you’re going to love what we’ve done with the new model, while we continue to support your existing solutions. If you aren’t yet an Office developer, but you build web solutions, you’re going to want to give us a big hug, as we’re bringing you a huge set of potential customers.”

Because the new Microsoft Office will use the new cloud application model, Office developers will be able to use Web languages like HTML, JavaScript, and CSS, in addition to standards like OAuth, REST, and OData, to create add-on apps. Apps created with Visual Basic for Applications (VBA) reside in a local copy of Office, which can be a hassle. In this new model, apps will attach to documents and run inside of them all while residing on a web server. The web server can either be on-premise or with a hosting provider, on a number of frameworks (e.g. Azure, IIS, LAMP, or AWS). That way, administrators can control, manage, and update apps in one central location.

Riley went on to explain: “It’s similar to the model you see with Facebook. Facebook isn’t hosting the app you just added to your page, Zynga is. Facebook just asks for the right bits when you engage the app.” Microsoft has even launched a new Office developer center to act as a repository for documentation, forum discussions, tutorials, and samples.

Jones has already begun envisioning the kinds of apps that developers could come out with that the general public would be interested in. One already developed app is named Olympic Medal Tracker, and it retrieves real-time online data about London Olympic events, and then puts that data into an Excel spreadsheet. Another app named Bing Maps takes the Olympic Medal Tracker data from the spreadsheet and puts it on a world map, with other interactive features also available on the map. There’s even an Outlook app that lets users take notes on top of emails they’ve sent or received. The note then gets attached to the contact and will come up whenever you interact with that particular contact. Essentially, this app creates a lightweight CRM function. Other ideas include SharePoint apps like a workflow add-on or a room reservation system.

To read more about apps in the cloud, check out our blog post about Microsoft Lync, the office communications application that Microsoft launched that allows users to chat from their office email accounts.