Note: It’s not too difficult to get startups that want to work in the cloud. Specifically, cloud hosting has the flexibility that startups need and the scalability to keep companies viable even during exponential growth.

In early March, Microsoft launched the company’s first startup accelerator. Startup accelerators are organizations that provide entrepreneurs with amenities so those startup companies don’t have to worry about extraneous factors – they can simply focus on developing their ideas. The Microsoft Windows Azure Accelerator (WAA) will be based out of Tel Aviv, Israel. The main goal is to push the Windows Azure cloud platform. 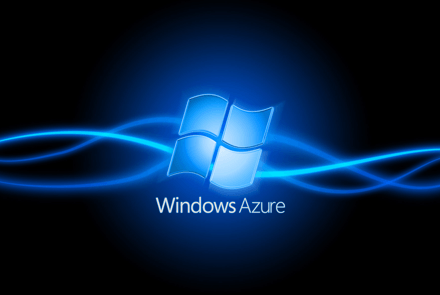 Microsoft operates its Israel Research and Development Center in Tel Aviv, which is part of the ThinkNext outreach program. The company’s BizSpark program is also geared towards helping startups, but not in the same, direct accelerator way that Windows Azure Accelerator is. WAA is planning on providing startups with free office space, coaching, mentorship, legal assistance, free software, and other services that startups require to really get going in the market.

ThinkNext is Microsoft’s startup engagement program, also centered in Israel. Every year for the past four years, it hosts an in-house, invitation-only summit. The summit features speakers from Microsoft and highlights twenty up-and-coming startups.

So what’s the catch to getting all of this free help from Microsoft? Naturally, these startups must be focused on integrating their services through the Azure cloud platform. A thinly veiled marketing attempt to be sure, but a common tactic in promoting services and products from large companies.

Despite the way the program sounds TechCrunch’s reporter saw all of the startups enthused to use Azure and working on projects compatible with not just Windows platforms but iOS, Macs, and Android. Cloud hosting lends itself to that kind of flexibility.

The hosting industry always has to adapt to the shifts and innovations in the technology world, because all of these new applications and technologies have to be hosted somewhere. Just as the industry has expanded and adapted to accommodate the explosion of app hosting and traffic because of app hosting, hosting companies will be prepared to adapt the cloud (including Microsoft’s Azure) to the new ideas that entrepreneurs come up with.

Ten startups are chosen biannually to participate in the WAA program for four months. Microsoft brings in more than thirty mentors from all over the technology industry to mentor and coach these startups firms. The mentors chosen aren’t just CEOs of successful companies but also marketing experts and veteran investors. At the end of the four month boot camp, the ten startups are given one day in Silicon Valley and one day in Israel to pitch their polished projects for interested investors.

Requirements for the startups competing to get chosen for a slot in the WAA include using the cloud as a part of their business model, with an initial group of four people or less so as to be more flexible and coachable. So what does Microsoft get out of this? As already highlighted, the company gets to promote its cloud infrastructure, Azure. Additionally, Microsoft simply gets to be a part of the movers and shakers within the industry and is already starting on a good foot with companies that have the potential to shift paradigms.

The commander-in-chief of the operation is Hanan Levy, who runs the day-to-day operations of the program. Levy is himself former social entrepreneur and co-founded United Parents Online. In the near future, WAA is looking to hire a CTO as well. The takeaway from Levy’s position and from the desire to hire a CTO is that Microsoft is looking outside of itself to fill these positions, namely with some other entrepreneurs who know the ins and outs of startups.

If you’re interested in learning more about start-up companies, take a look at our blog post about the startup, Apptopia, which brokers deal between app developers to buy and sell big money apps.