Note: Security and stability are the most important values to look for in a data center. Find out more about NetHosting’s world-class data security.

Monday, September 10th turned out to be an exciting day on the web, as millions of websites suddenly blinked out of existence all at once, reports TechCrunch. Users couldn’t access sites, and site administrators couldn’t get into control panels either. That morning, all of these websites ended up having something in common: they were either hosted by or used DNS through Go Daddy, hosting provider and domain registrar. Something in their infrastructure failed, taking a sizable chunk of the internet out with it. The affected sites were unavailable for five to six hours, and the company’s Twitter feed alone illustrates the desperate scramble to get everything back online and contain the disaster. By noon, the note, “So many messages, can’t get to you all… Sorry to hear all your frustration. We’re working feverishly to resolve as soon as possible” came up on the company’s Twitter feed. Naturally, their customers became irate. Complaints of lost business from the outage flooded social sites like Reddit, and many users pledged to take their business elsewhere. 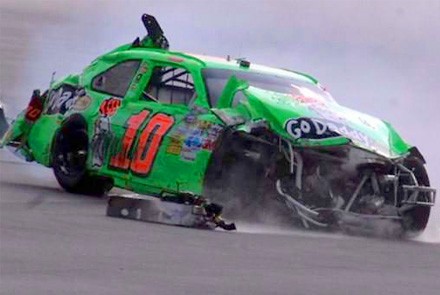 During the confusion, one voice spoke up and claimed credit for the outage. Twitter user AnonymousOwn3r said that he had found several vulnerabilities and flaws in Go Daddy’s security, and was exploiting them to “test how the cyber security is safe,” as well as “more reasons” yet undisclosed. Though affiliated with the Anonymous hacktivist collective, AnonymousOwn3r claims sole responsibility for the server failures. But his story lost credibility when the user later claimed that he had also made successful attacks on both Google and Facebook in the past, and even went so far as to share an image of a defaced (not unavailable) Go Daddy homepage with his name and Twitter account address displayed on the site. This image, however, is an obvious fake, done using a simple trick of altering code in the URL bar. And, since there is little further evidence supporting his story, it’s probably safest to err on the side of skepticism.

Note: NetHosting’s SOC 1 certified cloud security is the best in the business.

The next day, long after service had been restored to customers, Go Daddy CEO Scott Wagner stated that the outage was not the result of any attack, but was instead caused by “corrupted router data tables,” and that measures had been put in place to prevent such an outage from happening again. In the news release, he makes the point of saying that customer data was never at risk and that their systems were not “compromised” as reassurance that the stored information is still safe. As an apology, Go Daddy began to offer some of its affected customers a month’s worth of bill credits, and discounts on hosting services to others. But for many, the damage had been done.

Looking at the whole affair after the fact, it’s difficult to comprehend how such an enormous outage could have happened to a company that has been in this business for fifteen years. Why weren’t there better safeguards in place? What took so long to discover and then resolve the issue? And why didn’t anyone see it coming? It’s almost as unbelievable as one person claiming total responsibility. From a public relations standpoint, you have to wonder which would be worse – admitting vulnerability, or admitting incompetence. In either case, Go Daddy lost a lot of trust and respect in a very short period of time, and what could have been avoided with an ounce of prevention will require more than a pound of cure to fix.

To learn more about what to look for in a web hosting agreement, read about contract tips and tricks to make sure you get the best service and the best deal.