Mobile Apps Are Most Popular in the Cloud in Africa

Note: Apps don’t have to be hosted in the cloud, but apps are more flexible and scalable when they are. Likewise, NetHosting’s Cloud Virtual Hosting is more scalable and flexible than its competitors, which aren’t in the cloud.

Without a wired infrastructure, government & non-government agencies in Africa are looking to improve the quality of life with the cloud & mobile apps.

Africa is investing in its future through the cloud. The trend of African countries’ governments has become serving customers and businesses with mobile cloud applications. Non-governmental groups are also hoping that cloud services will transform economies and societies by improving education, public health, and the environment. 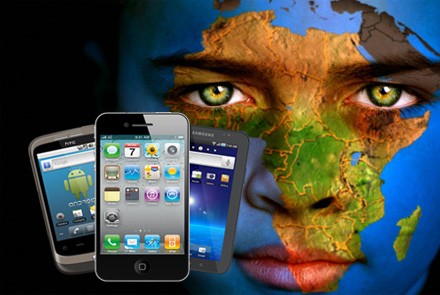 For all of the grand cloud ideas, implementing these solutions is a tall order. Currently, it’s cheaper for African citizens to connect with data centers in North America or Europe than to connect with the data center a few miles away in the same country. Most citizens of the continent don’t have a landline, not to mention wired Internet. In fact, often the electrical grid in many countries can suddenly stop working for hours or sometimes even days.

Note: NetHosting’s data center has generators and security measures in place to ensure that no matter what kind of disaster strikes, or when it strikes, your information will be safe in our state-of-the-art data center.

Mobile applications are also more logical due to the unreliable power grids across the continent. In places where there are no power grids at all, some still have mobile devices, and charge them with solar cells or generators. Estimates say that by 2015, 138 million of the total number of mobile device users in Africa will still not be connected to an electrical utility service.

The challenges are what make cloud computing such an enticing option throughout Africa, particularly for mobile devices. World Bank surveyed the continent and found that out of one billion people in Africa, only about 140 million use the Internet. However, it was also found that over 600 million Africans use mobile phones.

On June 6th in Nairobi, the East Africa Outsourcing Summit was held. Kenya’s ICT Board CEO Paul Kukubo said “The world is beginning to pay attention to the idea that even in Africa, if you can solve African problems, you can create an IT product that is attractive to the rest of the world.” Along the same line, Shimba Technologies is a Nairobi-based mobile app developer and has the tagline “If it works in Africa, it will work anywhere.”

Without a wired infrastructure to use as a crutch, Africa has been able to take advantage of cloud adoption. Implementing mobile bandwidth is much easier (economically and culturally) than installing wired Internet. Another World Bank study estimated that mobile coverage could be incremented to cover 97 percent of Africa’s population without needing government financial assistance.

For example, mobile apps are the norm in Africa and many mobile apps see usage statistics in African countries that completely smother app usage statistics in the United States. One such app is Safaricom’s M-PESA mobile payment system. Customers can transfer money to each other via mobile phones (instead of exchanging cash) in Kenya. The app started last year and in just 365 days, garnered eight million customers, reported KPMG International. Eight million people is about forty percent of Kenya’s adult population. Adoption of the app has been so widespread that Kenyan banks have begun using the service. Due to the success of apps like M-PESA, other apps have started to pop up to try and reach the same kind of viral appeal as Safaricom’s app. Shimba has developed medAfrica, a mobile health platform.

Throughout all this mobile talk, keep in mind these staggering usage statistics only apply to mobile applications. The mobile web is still largely untouched by the majority of African citizens.

The US State Department is sponsoring a series of development challenges called Apps4Africa. The main purpose is to promote economic and social development on the continent. This challenge has been issued in the past; last year’s winner was a grain supply management system to track grain production across Tanzania. The winner in 2010 created a social network and livestock information system dubbed iCow. 11,000 Kenyan farmers are now using iCow.

To read more about the cloud in Africa, click through to our blog post about research out of Finland trying to bring even more mobile traffic to Africa.