More and More International Companies Hosting In the U.S. Cloud

Note: One reason the cloud is so affordable is because of the large variety of hosting solutions that can be hosted in it. Try NetHosting’s Cloud Virtual Hosting to get a private hosting space in the cloud, thanks to CloudLinux.

From Mexico to Japan, companies are finding affordable hosting solutions in the cloud, in data centers in the United States.

The United States is no longer the king of manufacturing, but it is king of the cloud. More than ever, foreign companies are starting to use United States-based cloud hosting services. One example is Grupo Posadas, a well-known hotel company in Mexico. The organization depends on five data centers and has over 17,000 guest rooms in one hundred hotels. While Grupo Posadas’s own tech team runs three of those five data centers, the other two have been outsourced to Texas. Later this year a group named Savvis will take over those data centers. Instead of worrying about IT, Grupo Posadas will have more time to focus on development, including mobile development, and marketing their chain better through social networking tools. 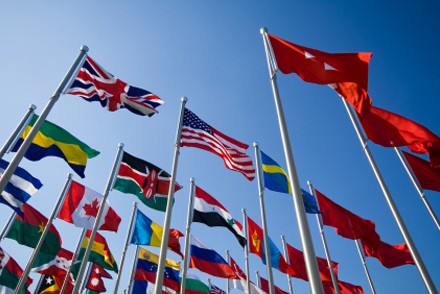 CIO of the company Leopoldo Toro Bala said, “Our IT strategy is aligned to our growth, and our growth means that we need to be flexible and agile. That is the type of capability that we were lacking – that agility.” The hosting provider that Grupo Posadas will be using will provide cloud-based infrastructure for the company, as well as managed database services. Using these services will not increase the overall IT cost for the company, but will instead provide capabilities to help streamline the deployment of new systems. Without a hosting provider, Bala cites that implementing new systems took new equipment and months of time.

Another example is of the AIG Edison Life Insurance Co. in Japan. A year ago, CIO Tohru Futami knew that all of the company’s applications needed to be upgraded to make their office run more efficiently. Based on the calculations the company ran, it would’ve taken them thirty months to rewrite the applications, but only ten months to simply move them to the cloud. Additionally, moving them to the cloud would cost only one-third of the cost for any other solution. The choice for Futami was obvious, and the company moved its data to a data center on the west coast of the United States. Despite a few small concerns about network latency, the project went off without a hitch.

As absurd as they may be, Daniel Castro (analyst at the Information Technology and Innovation Foundation) believes that these ads could pose a real threat to U.S.-based hosting providers, and their cloud-based services. “The potential market for cloud computing is very large, and the U.S. right now is the country that stands to gain the most from it,” said Castro.

He went on to say that most countries have something similar to the Patriot Act (including Canada and Australia). Many countries allow businesses to voluntarily turn over hosted data to the government. However, U.S. hosting providers are actually more secure, because they would be breaking their own terms of service by doing that.

As we saw from the Grupo Posada and Toro Bala, these scare tactics aren’t driving all business owners away from the U.S. cloud. In fact, Grupo Posada has had a long history of working with companies based in the United States.

To read more about cloud computing, check out our blog post about the many possibilities in the market today for cloud databases.