NASA Shoots For The Clouds

Note: Part of NASA’s recent success has been the launch of their own app. As apps become more integral to business success, be sure you choose an app hosting provider that works for you around the clock with top-of-the-line hardware.

While most of NASA’s space operations have been grounded, it is still launching missions into the cloud.

When you think of NASA, what comes to mind? Space exploration, moon landing, comfortable beds, orange drink? How about cloud computing? NASA in their exploration and development, has stopped a little bit before the stratosphere and is exploring new innovations in cloud technology and computing. Of all the federal organizations, NASA actually seems to be one of the closest to developing the type of open-sourced cloud infrastructure federal agencies need. 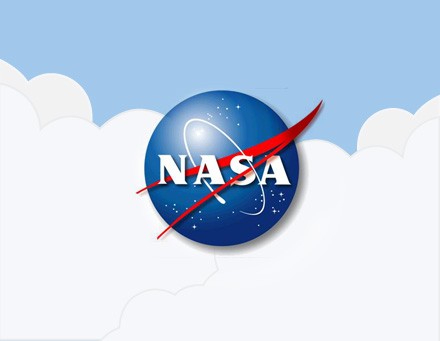 One of its pet projects has just recently been scratched however. Partnering with Rackspace, NASA helped develop a budding cloud computing project, OpenStack. This company was comprised of a large community of computer engineers, developers, and techies with the intention of improving open-source cloud software, especially focusing on security. Throughout its emergence, NASA decided that OpenStack was becoming more immersed into the commercial market than NASA would like it to be, receiving help from Dell, IBM, Cisco, HP, Yahoo!, and Red Hat.

NASA’s CIO office service executive Karen Petraska explained that NASA is more interested in becoming a “smart consumer” of cloud-based technologies. NASA will go into the ring any day with other space programs around the world, but when it comes to cloud development, they would rather just sit it out and start doing business with whoever comes out on top. NASA does enjoy doing partnerships with the private sector, believing, “When development is open, everyone benefits,” as NASA Chief Technology Officer for IT Chris C. Kemp said.

RackSpace isn’t too disappointed about losing a partner. After a staggering first quarter, RackSpace hopes to boost its profits throughout the year by dedicating all of its efforts into OpenStack and receive most of the revenue it will produce. OpenStack doesn’t seem to be hurting either, just having released its fifth version, Essex, and having released its 150th feature, while keeping on 200 talented computer engineers.

While the pet project won’t receive the attention it had at one point from NASA, officials have explained that they will stay on for a while to observe the advancements and provide consultation and other technologies if needs be. While OpenStack is on the back burner, NASA is also cooling the engines on development for its most innovative addition to the cloud market, Nebula.

Nebula was another partnership that NASA started when first trying its hand at open-source cloud computing. NASA has been a long user and partner with Nebula who has become deeply integrated with NASA’s projects, going from a private cloud computing provider to one of the greatest technical contractors to a federal agency. Nebula is accredited with giving NASA’s researchers and scientists scalability and NASA’s budget a break.

On its website, NASA explains that it enjoys the benefits of sharing innovations and ideas with Nebula and is very satisfied with the cloud solution that Nebula has provided the agency. Ames Research Center CIO James F. Williams explains that Nebula’s cloud infrastructure has satisfied most of NASA’s needs and “meets the computational requirements of NASA’s scientific community.”

Note: If, like NASA, your business has needs that aren’t satisfied by a cloud infrastructure, consider a dedicated hosting solution today, from NetHosting. It will come with a 100% uptime guarantee and 24/7 support via chat or phone from Dedicated Experts™.

One of the greatest benefits according to the brains of NASA is the time saved by cutting down on the high amounts of red tape and hassle that was involved in obtaining information from labs, universities, and other departments located around the country. Because of how expansive cloud storage can be, scientists are able to share information easier and faster all on a secure network. The NASA stakeholders are also happy since Nebula is the sole provider of NASA’s IT needs, there is less trouble in trying to negotiate with dozens of other providers or organizations.

One thing which Nebula has become famous for is its container infrastructure. Using retro-fitted shipping containers, Nebula loads racks of servers that can be mobile and can provide more computing power than most data centers (about 30 petabytes). These mobile data centers can be transported to testing sites, cities, labs, universities, or anywhere. Because of NASA’s operations and functions which require intensive renderings, quick scaling and commands, plus experiments, these 30 petabytes will suit those purposes well. For most private companies, the amount of power other hosting companies give will be enough.

As the federal government moves closer towards becoming cloud-based, NASA will become the shining example of an agency that went from guinea pig to cloud computing pioneer. NASA’s cloud is the first of the government-produced clouds that meets all of the Federal security mandates such as FISMA. As NASA explores the cloud frontier, it will show what can be done with cloud technology.