Note: Whether hosting an app or a website, cloud hosting is the most flexible and scalable solution for your hosting needs. NetHosting offers cloud hosting at a competitive price, paired with unparalleled service and support.

Facebook announced an app repository for users to browse through applications in one central location, and purchase apps from third-party developers.

Social media has changed the face of business. It’s now imperative that companies have some sort of Facebook or Twitter presence so customers and fans can feel that interpersonal relation and be comfortable using a company’s products or services again. Another tool that’s becoming imperative for today’s mobile society and infrastructure is to create and host an app for your business. Facebook recognized that consumers wanted tools that simplify how they interface with products and services and announced plans for its App Center last week. 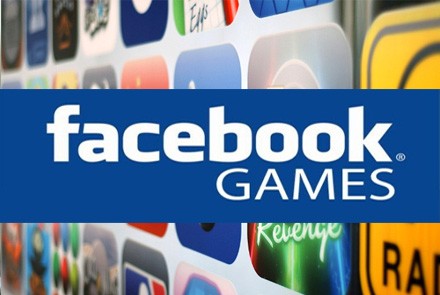 Reports began surfacing that Facebook would have an app store, which is not the case. In reality, the social network will have an app repository. Apps will be centralized in the App Center and users will be able to browse apps for different websites (e.g. Vevo, Viddy, Foodspotting, etc.) to sync with their Facebook accounts. Contrary to other reports, this is not Facebook’s attempt to circumvent the Apple App Store. While iOS and Android apps will be featured on the App Center, if you tried to click one to download, you’d be redirected to the Apple App Store or Google Play.

Facebook has announced that it will let developers charge for Facebook-only apps, but right now it’s unclear as to whether interested buyers will be redirected to a developer’s website or if users will be able to buy apps from the App Center. This is a new development because developers were only allowed to have in-app purchases prior to this announcement (i.e. that developers can now charge for Facebook apps). For example, you could previously buy in-game perks in Mafia Wars to give you an advantage over other players, but now, the maker of Mafia Wars can charge users to play the game itself.

Taking a leaf out of the books of Google Play and the Apple App Store, Facebook has designed the App Center to have a detail page and a five-star user-rating system. It will also have a recommendation system from friends, trending apps, and top selling apps. Facebook engineer Aaron Brady wrote a blog post and included a screenshot of the prototype. Brady went on to explain that there are multiple monitors and algorithms scanning what users are playing and the engagement with each game to calculate what are the trending apps and other recommended apps.

Long-term users of Facebook might be having a case of déjà vu. In 2007, the social networking site had a dedicated apps section so users could peruse apps that third-party developers created. Right now, without the App Center, users just search through the bar at the top of their Facebook page and results for groups, pages, people, events, and apps come up.

Note: A dedicated App Center makes a lot of sense for Facebook, despite the success it has seen with its decentralized app search. The same goes for hosting; the cloud is great but sometimes you need dedicated hosting.

The goal behind developing and releasing the App Center is to grow Facebook’s mobile presence, not just on one platform, but on iOS, Android, and the mobile web in general. Through the App Center, Facebook is also hoping to entice more developers to make killer Facebook apps. More apps generate more users entice more developers who make more apps, and the cycle continues.

And of course, all of this will help Facebook’s bottom line. Apps use Facebook Credits to accept payments, which Facebook takes a 30 percent cut from. As of February, Zynga made up 12 percent of Facebook’s revenue, due to the percentage of Credits sales that Facebook keeps. It wasn’t specified but most agree that Facebook will most likely take 30 percent of the apps sold through the App Center as well. One thought that comes to mind is if Facebook will offer app hosting with its new service but reports of the App Center haven’t specified.

To read more about Facebook’s latest improvements and new features, check out our blog post about the new service Groups for Schools where students can join and share files in a totally private Facebook space.