Note: Everything is moving to the cloud: including virtual hosting. Try NetHosting’s Cloud Virtual Hosting today with no obligation and receive the 24/7 support of a Dedicated Expert™ for all of your hosting needs.

Independent research has shown that more and more enterprises are coming around to the value of hosting data in the cloud.

The cloud is just about the only thing anyone can talk about in the web hosting industry right now. That, and big data with companies like Hadoop. So naturally North Bridge Venture Partners sponsored a 2012 Future of Cloud survey to ascertain where enterprises stood on the subject of cloud adoption. The results are in and looking for cloud hosting providers everywhere. 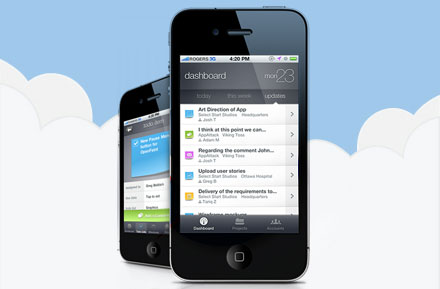 In the past, most enterprise leaders resisted running business apps in the cloud. Now however, more than one third of those polled said that they think the cloud is safe for mission-critical applications. Overall, fifty percent of respondents now feel comfortable with using the cloud for important business workloads.

The statisticians among us will question where these people being polled are coming from, and that is in fact one weakness to the research gathered. Tech vendors in addition to end users were asked the same questions for this particular survey and it would be imagined that overall, tech vendors are more invested in cloud computing, thereby skewing the results. The consolation is that last year’s survey by the same company didn’t separate out the tech vendors from the end users either and those comfortable with the cloud was a much lower percentage of responders (just thirteen percent actually).

Additionally, most of those surveyed (fifty-seven percent) said they wanted to use the cloud to be more scalable. The most popular cloud adoption that people use right now is Software as a Service (SaaS), with eighty-two percent of respondents saying they already use SaaS and eighty-eight percent saying they’re going to use it in the next five years.

Finally, Infrastructure as a Service (IaaS) is currently used by fifty-one percent of those who took the survey but sixty-one percent expect to use it within five years. Overall, fifty-five percent of all those polled said that cloud security still was a concern for them. Michael Skok is a general partner with the firm behind the survey (North Bridge) and he acknowledges the worries over data security and sovereignty in relationship to cloud computing adoption. Despite that acknowledgement, he brings up the excellent point that “If you look back to the late 90s, people said they’d never use their credit cards on the Internet to buy things. Well, look what happened there.”

Note: It’s only natural that businesses are worried about security. That’s why here at NetHosting we spared no expense to implement the best physical and digital security measures we possibly could, from 24/7 monitoring to being PCI compliant.

InformationWeek had its own survey that focused primarily on IT executives and those results showed that around twenty-five percent plan to use the cloud in a major project within 2012. Eleven percent reported using the cloud now. And again, JD Power’s 2012 Business Data Satisfaction Study was released last month and showed eighteen percent of businesses that responded to the poll use hosted and cloud-based services which is six percent higher than the results of the poll from 2011.

To learn more about cloud adoption, check out our blog post about companies adopting the cloud to go green in their data centers.