New VMware CEO Might Be Looking To New Cloud-Centric Strategy

On Tuesday, Pat Gelsinger was made VMware CEO, replacing Paul Maritz. Analysts suggest looking more to the cloud amidst all the virtualization.

Changes are happening at VMware, with the new CEO Pat Gelsinger taking the place of the old CEO Paul Maritz on Tuesday of this week. Prior to that shift, business data was showing that cloud computing has really been threatening VMware’s bread and butter: core server virtualization. Some hypothesize that the CEO swap might have happened to try and reverse cloud computing’s effect on VMware’s main business model. 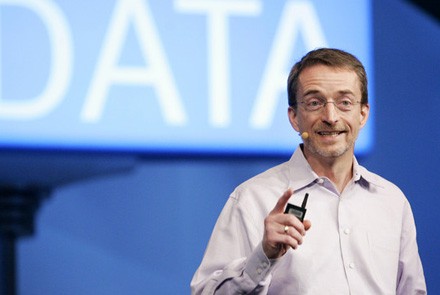 EMC bought VMware in 2003, and at the time, critics were concerned that EMC would stifle the fast-growing virtualization business that was already established. Nothing seemed to rock the boat after the acquisition, but in 2008, EMC fired VMware’s co-founder and president Diane Green. CEO at the time Joe Tucci then brought Maritz in as president.

VMware is traditionally implemented in data centers but more and more businesses aren’t building their own data centers, they’re moving their computing and storage needs to the cloud. While many hosting providers do in fact use VMware, it’s not as standard as those companies that build private data centers. Also, there are a lot of virtualization alternatives available now, so VMware’s virtualization reign might be coming to an end.

Note: VMware’s virtualization reign is uncertain but virtual hosting has never been a better choice. NetHosting’s Cloud Virtual Hosting uses CloudLinux to ensure that your shared hosting experience feels dedicated. Sign up today to give it a try.

Also, diversification of a workload is common practice for businesses now, to avoid universal down time because of one bug in one product used exclusively in a data center. So while that might work in VMware’s favor, by customers not exclusively using Amazon or another service, it might also mean that customers don’t exclusively use VMware either.

As VMware moves forward, new CEO Gelsinger has to navigate the fine line between putting out a good product, and putting out a product specialized for storage from VMware’s parent company. IDC virtualization analyst Gary Chen was quoted in GigaOm as saying, “Virtualization is such a broad platform that VMware has to be agnostic and make sure it works with everyone’s stuff.”

Just a few years ago, VMware, Cisco, and EMC made the VCE alliance to promote the Vblock bundle with each companies’ respective hardware and software in data centers. This, some speculate, might be the impetus behind the rumored cloud spin-off of VMware’s CloudFoundry platform-as-a-service. Those inside VMware have reported that it’s always a debated topic of how much the company should bow to EMC’s agenda. For example, EMC bought RSA in 2006 and instead of simply bundling VMware and RSA security products and services, not all VMware employees agreed that would be for the best. EMC looks for a sell high-margin hardware which doesn’t jive with the webscale universe.

Aside from the anger over the raised vSphere prices last year, Paul Maritz has had a good run with VMware. Customers were so angry over the price hike that many of them blatantly told the company they were checking out Hyper-V, Xen, and other products like KVM as alternatives to the now more expensive vSphere. For newcomer Gelsinger, the anger of the new and higher rates might be his biggest obstacle as he takes over at the helm of the company. Gary Chen was again quoted as saying that the price increase “was the one big blemish on Maritz’s record.”

Despite Microsoft’s progress with its core hypervisor business, Chen perceives VMware as doing fine. Back in 2008, the Redmond-based company had twenty percent of the hypervisor market and now has twenty-either percent. VMware was sixty-two percent in 2008 and has dropped to fifty-six percent. Chen explained that “when you start with that big a lead, you’re bound to lose share and six points in four years isn’t much.”

For more about VMware, read our blog post about how transactional databases like VMware’s SQLFire are being repurposed.