Note: More and more data centers are needed around the globe because of the upswing in popularity of the cloud. Start using cloud hosting with NetHosting today to see what you’ve been missing.

Big companies like Apple, Google, Facebook, and Microsoft are looking at green technology, but coal is still the best fit for most data centers.

As the number of data centers in the world grows, the concerns about green technology and environmental impact grows as well. We’ve talked about green data centers like the NetHosting data center in the past, but this blog post looks more at why and how data centers are dependent on coal and what is happening and what will need to happen in the future to move data centers to clean energy sources. 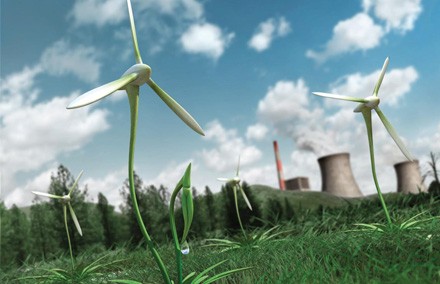 For as badly as some big companies or some activists might want data centers with minimal carbon footprints, facts are facts: data centers account for two percent of the total electricity consumed in the United States (as of 2010). Undoubtedly that number has only gotten bigger as more services have moved into the cloud and as web services have grown more and more popular. The bottom line is that “dirty power” like coal is cheap, always available, and is referred to as baseload power, meaning it can provide power all day, every day. That’s why coal is the knee-jerk best fit for data centers.

Good news for the environment though is that the price of solar panels has been dropping recently, and is making solar power a real possibility for many data centers. Just in the past year, solar power has dropped in some places to as low as thirteen cents per kilowatt hour. Also, the Bloomberg New Energy finance reports that contracts for future solar farms (e.g. 2016) are showing solar power as low as seven cents per kilowatt hour. The limitation on solar is still that it’s only truly viable in places where the sun shines, just as wind power is really only viable where the wind blows, and hydro power is only available in places with big dams, like the Washington state or New York.

Utilities in general face many regulations when providing power to data centers, and often Internet companies looking to build data centers are drawn to states with tax incentives on utilities and properties. Again, the bottom line is that most data center managers aren’t willing to pay big bucks for clean power, and haven’t in the past. Data centers that have gone with clean power usually only do it when it’s incredibly cheap. For example, hydro power can get incredibly cheap (as lowly priced as three cents per kilowatt hour). Towns near dams in Washington, like Quincy, can provide that low rate and attract big names in the industry like Microsoft, Dell, and Yahoo.

Unfortunately for big name companies like the ones mentioned previously, they can’t build all their data centers in one location that provides cheap, clean power. Data centers should be spaced around the nation (or the world) to accommodate where there are large user bases. That means that most companies take whatever the cheapest local power available that is, be it wind, solar, or more likely, coal. The big exception to this is the Apple solar farm for its data center in North Carolina that we highlighted in a previous blog post.

Thankfully, public pressure may force companies into thinking about the environment when building their data centers. Google has made a goal to make sure one third of the power to its data centers worldwide comes from sustainable energy. Apple is planning to make some of its data centers rely one hundred percent on clean power, through a combination of clean energy alternatives. Facebook announced that clean power has become a bigger consideration in where the social network builds its data centers. The company has also just recently announced a data center in Lulea, Sweden primarily because the data center can be run cheaply but with hydro power from the many dams in the area.

To read more about how green technology is being implemented everywhere in the near future, check out our blog post about Barcelona’s environmentally friendly supercomputer.