Note: The cloud is comprised of data centers all over the world. The ODCA is doing great work to promote the cloud. Try NetHosting’s Cloud Virtual Hosting to get the benefits of the cloud at the price of virtual hosting.

Industry leaders formed the Open Data Center Alliance in 2010 and had their first conference two days ago in New York City.

In October 2010, the Open Data Center Alliance (ODCA) was announced. It started with over 70 global IT leaders and represented $50 billion USD in IT spending annually. The push behind making ODCA happen was from Intel, which has stayed on in an advisory role to the group. Those corporations that make up the group include BMW, Deutsche Bank, Disney, Marriott, JP Morgan Chase, National Australia Bank, and UBS. The main tagline of the group is “to deliver a unified voice for emerging data center and cloud computing requirements.” Primarily, the organization makes usage models, like the VM Interoperability Model, defining users’ requirements for, you guessed it, virtual machine interoperability in a hybrid cloud environment. 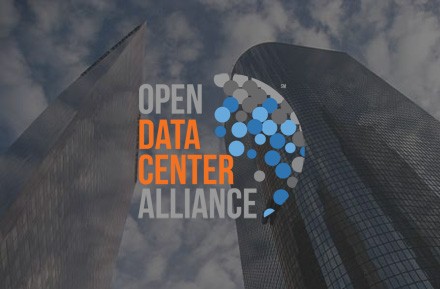 For the first time, ODCA held its conference, Forecast 2012, in New York on June 12th. The setup was “rapid fire panels,” and reports said that the topics focused mainly on opportunity and risk, specifically how to balance the two. Of course, the overarching themes were mostly software innovation and cloud regulation. Open source was also a popular topic of multiple panels.

While the conference might seem like a big circle of back patting by big corporations pushing their own agendas, CNET contributing journalist Gordon Haff shared an anecdote about his own attendance at a panel about cloud regulation. One audience member asked if the traditional enterprise software vendors are waiting to adopt the public or private cloud. Haff responded that he believed consumers were adopting the cloud faster than corporations and those that don’t jump on board sooner rather than later will be left in the dust. Despite an opinion that could be seen as contrary to the software vendors and industry leaders on the panel, Haff noted that many on the panel agreed with him. And why should we listen to Haff’s opinion at all? He currently works for Red Hat and has a plethora of work experience in cloud computing and enterprise IT.

Note: A popular side venture for many enterprises in the IT industry is reselling hosting space. Become a NetHosting cloud reseller to gain customers to introduce to your own services, while providing them with top of the line hosting from NetHosting.

The new benchmark for enterprise IT is the public cloud, which represents innovation, flexibility, ease-of-use, agility, and speed. The problem, Haff says, is that for the most part enterprise IT prioritizes concerns that contradict the speed and ease of the cloud, like security for example. Security in the cloud was another panel available at Forecast 2012.

What non-cloud adopters might not realize is that public clouds aren’t any less secure than in-house infrastructures. In fact, Dov Yoran, CEO of ThreadGRID and panelist in the cloud security session at ODCA, pointed out that for many small businesses, the public cloud would be more secure than trying to set up their own infrastructure. When businesses have to start their infrastructure from the ground up, there are lots of holes until things are completed and all security measures are implemented, and that can take lots of time, depending on the amount of man power you can afford to invest in that project. Instead, says Yoran, get in the public cloud.

Haff goes on to highlight that when IT was well-defined, the industry was more focused on control. But, despite that focus, more and more distributed systems were developed and came into use. Now however, IT is becoming an integral part of all kinds of other industries, and that old feeling of control isn’t realistic any more. Haff predicts that in the future, the focus will morph into the agility of the cloud and the control that enterprises still cling to, and with good reason (to meeting regulatory, security, audit, and data privacy requirements).

If you’d like to read more about the cloud, check out our blog post about Fedora 17’s release and updating its services for cloud hosting servers.