Open Source Becomes a Top Priority for Some Cloud Companies

Earlier this week, the Cloud CTO over at Cisco Systems, Lew Tucker, went on the record in defense and promotion of open source software. He also predicted that open source will become an inexorable part of Cisco’s future as a company. Open source, says Tucker, is a way to contribute to the community and it makes the world a better place because of that. In particular, Cisco hears the need of the community for an alternative to Amazon’s Web Services and Cisco is doing its best to help by developing a competitive web platform. 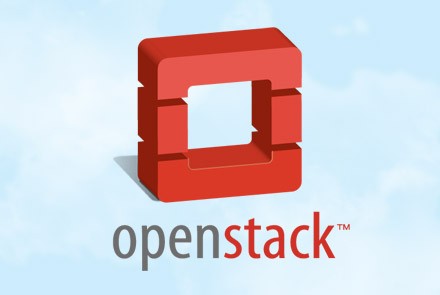 Cisco has been hard at work contributing to the open source project OpenStack. The company also has an endeavor called Quantum Project, which is an attempt to build the next generation of virtual networks that will work better on the cloud than current networks do.

Aside from Cisco, VMware has also started helping out the OpenStack community. The virtualization behemoth recently bought Nicira for $1.26 billion USD, a company that focuses on software defined networking (SDN) and has been participating in the OpenStack project. VMware might not have been planning to move the project forward directly before the Nicira acquisition, but it certainly is now. Although the future of Nicira’s involvement now that it is owned by VMware is a bit of a question mark.

Note: If you’re not certain about your hosting needs, start small with a scalable but reliable solution. Try NetHosting’s Cloud Virtual Hosting today to get excellent hosting features at a low cost, to get your website off the ground.

To explain Nicira and SDN a little further: networks are becoming virtualized, meaning they can exist anywhere. This is accomplished by turning anything and everything into a node. This also means that a network can be set up and configured at the drop of a hat. Critics had said that the cloud wouldn’t have fully arrived until the triangle of computing, storage, and networking had been completed. Well computing is successfully in the cloud, and storage is certainly getting there. This last step of network virtualization is the last piece of the puzzle, according to some.

What analysts are talking about now is the consequences the open source movement will have on the relationship between Cisco and VMware. The two companies have been long-time business partners, but if Cisco is fully dedicated to advancing the aims of open source in the cloud and VMware doesn’t jump on board, it might spell disaster for the future for the connection between both companies.

Again, the bottom line between Cisco and VMware becomes – how much will VMware accept the cloud in its future? The company has made some progress by starting its project Cloud Foundry. The open source Platform-as-a-Service (PaaS) isn’t a very meaningful chunk of VMware’s business model at the moment, however. The bread and butter of the company still lies behind its virtualization software. Industry workers are wondering if VMware will contribute any of that virtualization knowledge or code to the OpenStack project.

Rumors had been floating around that recently ousted VMware CEO Paul Maritz would be headed to OpenStack to help lead the project. However, he has instead ended up with VMware’s parent company, EMC, as the chief strategist. It’s been reported that EMC is considereing buying Greenplum, a big data analytics group, and then integrating that product with Cloud Foundry. VMware also acquired DynamicOps earlier this month. That company works with IT infrastructure, and now, with Nicira, VMware could be poised to make its virtualization products more viable than ever before for today’s market.

The catch is that VMware may be trying to force itself into a relationship it’s not welcome in. Nicira and Cisco have been working on OpenStack and the Quantum Project. The open source saloon might not be big enough for the three of them, or at least Cisco or Nicira might feel that way.