Note: Companies are jumping on the cloud bandwagon to keep up with the trend. Choose Cloud Virtual Hosting with NetHosting to host with a company that’s been in the cloud for years, not just because of the recent trend.

Called Oracle Cloud, the company had an event earlier this week announcing the product and the associated services.

On Wednesday afternoon, Oracle released the company’s foray into the public cloud industry with its service Oracle Cloud. Oracle CEO Larry Ellison stated at the unveiling that for the past seven years the company has been working on rebuilding all of its applications for the cloud. Known previous as Project Fusion, the public cloud project was renamed when a competitor called the service “Project Confusion.” Not wanting the negative connotation to catch on in the press, the company quickly changed the name of the product. 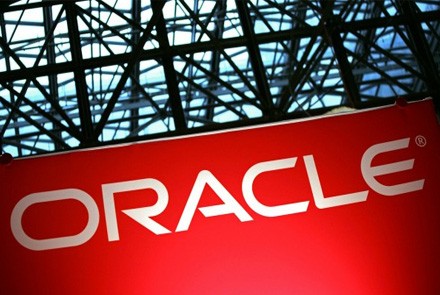 The CEO promised that the product is the whole package cloud solution with everything a customer might need. Oracle Cloud, boasted Ellison, offers services for platform, application, custom infrastructure, and social. If you’re like me, reading that Oracle would be offering some kind of social service had me scratching my head. Ellison further explained that “having [a] socially enabled application doesn’t mean we have a social network.”

To start, Oracle Cloud will be released with over 100 standards-based, enterprise-grade applications for database, Java, mobile, and analytic services, and those are just some of all of the kinds of applications that will be available. The industry standards that Oracle was careful to comply with include SQL, Java, and HTML5. Or course, Oracle Cloud will be running the Oracle Databases Exadata and Exalogic.

The feature that Ellison believes will be a big selling point for the service is that customer’s cloud data isn’t co-mingled. It is all separately stored, unlike many other cloud services available on the market today. Ellison was also trying to hype up the customer freedom that would be available for those who use Oracle Cloud. His example focused on upgrading. Where cloud vendors today let users know when their services are going to be upgraded, Oracle CEO emphasizes that within reason, Oracle Cloud leaves it up to users to decide when to schedule their software upgrades.

Keeping in line with industry standards, it was pointed out at the release even that Flash was not included in any aspect of the Oracle Cloud. This was so that those using any iOS device would still be able to interact with their Oracle Cloud service, since iOS devices don’t support Adobe Flash.

Note: It proves the power that apps have, if they can sway the development decision of a company the size of Oracle. Whether you’re building for iOS or Android, choose app hosting with NetHosting for the best uptime on the web.

The similarities between Oracle Cloud and Amazon Web Services are fairly apparent, and to Oracle’s credit, the company isn’t trying to sweep that under the rug. Ellison acknowledged that both Amazon’s cloud and the Oracle Cloud product are elastic and respond to capacity on-demand.

Ellison stressed the fact multiple times throughout the event that Oracle Cloud offered the ability to move services between the cloud and on-premise platforms without assistance from programmers. Additionally, it will allow users to develop and deploy web sites without programmer assistance as well. Finally, everything that customers could use in the cloud could also be used on physical hardware.

Before the end of the afternoon, Ellison poked fun at several cloud competitors, particularly SAP. SAP recently announced that it wouldn’t offer any cloud services until 2020. Despite the far away projection, Ellison teased that he still didn’t anticipate SAP having anything to offer at that time.

To read more about the latest happenings in the cloud, click through to our blog post about HP employee lay offs to focus their business more in the cloud.