Ever wonder how in the world those ads on the side of your Facebook page are EXACTLY what you are interested in? It’s almost kind of creepy how spot on they are. How in the world did they know you were looking for a cute jumpsuit to start off the fall season?! AND it’s on sale?!

Everything you do may be monitored. A status you post on Facebook, that gadget you bought from Amazon or the search you did in Google is very valuable to companies. This data may be used to target users with specific ads or to promote products and services. Pretty clever don’t you think? Or could it be taken too far?

What you put on the Internet might not exactly be private. Before October 6, 2015, U.S. spies may have had access to EU citizens’ data. The 15-year-old Safe Harbor agreement between America and Europe allowed Facebook and other tech firms to transfer users’ data over to U.S. servers.

It was designed to allow U.S. companies with activities in Europe to shift information between their sites. It allowed companies to transfer data provided they adhered to a list of principles designed to ensure privacy isn’t breached. 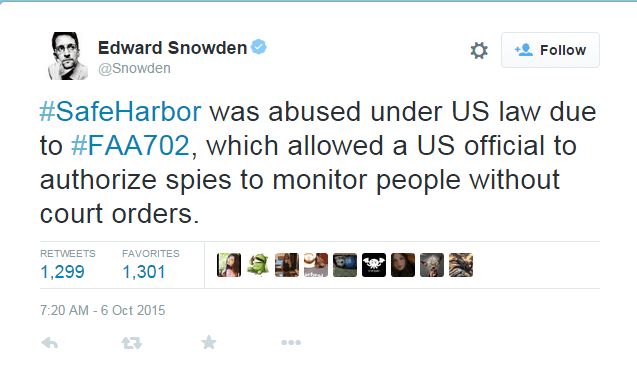 Max Schrems, an Austrian law graduate, challenged the agreement to ensure the privacy of his and the EU’s data. Before this, he filed 22 complaints against Facebook and claimed that the Irish-based unit gave data to U.S. spies illegally.

According to Independent, “Mr Schrems’s legal battle over Safe Harbour was sparked by Edward Snowden’s revelations over the US National Security Agency (NSA)’s Prism surveillance system which allowed spies to access enormous amounts of data from global tech companies.”

The European Court of Justice ended up ruling the agreement invalid. Although this was the final outcome, EU governments are split. For example, Britain said it was “disappointing” because there are valid reasons why companies need to be able to transfer data to other countries.

After the ruling, Edward Snowden tweeted, “Congratulations @maxschrems. You’ve changed the world for the better.” 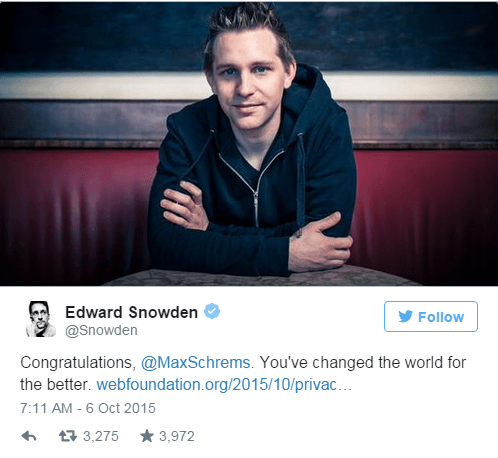 A former National Security Advisor, James Jones, told Bloomberg Business, “During my time in the White House, we prevented several attacks on European soil by transferring information very quickly to our friends in Europe,” said Jones, who served under President Barack Obama from 2009 to 2010. Disrupting information sharing means “we’re all swimming by ourselves,”

More than 4,000 companies including Google and Amazon took advantage of the agreement and now are at a big loss. EU-U.S. data transfers are now blocked as a result. They will now have to figure out a different way that is legal to gather data from users through different treaties.

The next step will be to come to an upgraded Safe Harbor agreement between the U.S. and the EU.

So what kind of data are you sharing on the Internet? 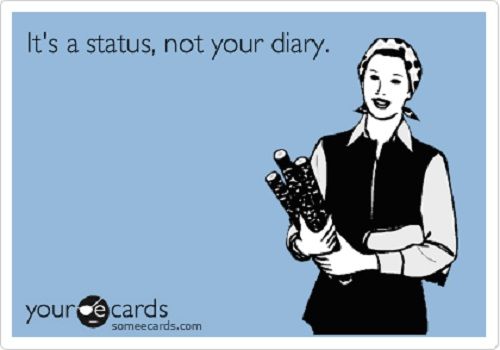 Here are some things you should NOT post to social media:

“We can’t assume that anything is now safe,” Brian Hengesbaugh, a privacy lawyer with Baker & McKenzie in Chicago who helped to negotiate the original safe harbor agreement. “The ruling is so sweepingly broad that any mechanism used to transfer data from Europe could be under threat.”

The Internet is not always safe and your information might not always be secure. Keep in mind that anyone might have access to the information you are posting online and may use it any way they like and companies can still move data through other existing treaties.