Note: The cloud is undoubtedly the future of computing today, whether with big data or personal storage. Start cloud hosting with NetHosting today to get the best customer service on the web at an affordable price.

The Red Hat Summit conference was held in Boston on Wednesday and the company announced a slew of cloud-based products, including a hybrid cloud.

On Wednesday, Red Hat held its annual Red Hat Summit conference in Boston. A laundry list was then presented of the tons of cloud-based software the company was going to be rolling out in the near future. Perhaps the biggest announcement was that the company would begin building a hybrid cloud in the coming months. 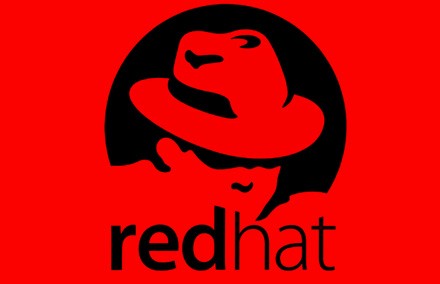 Just a few short years ago, the primary customers of the company were Red Hat Linux users. Now however, the company is selling more and more of its other products. Bolstered by the growing diversity of their sales, Red Hat decided to diversify further by offering a hybrid cloud. Bundled with what will be called Red Hat’s CloudForm management framework will be the OpenShift Enterprise PaaS. Additionally, the bundle will include Red Hat Enterprise Linux, Red Hat Enterprise Virtualization, and JBoss middleware.

Launched last year, OpenShift is a public PaaS hosted by Red Hat. Customer feedback proved to the company that customers wanted to be able to use OpenShift in their own data centers, and in a hybrid form. CTO and vice president of the company’s worldwide engineering Brian Stevens said that’s exactly what Red Hat decided to offer with its newest product.

Note: Companies that listen to the general trends and respond accordingly set themselves up for success. The market today loves apps, so develop an app for your services today and use app hosting with NetHosting for unparalleled uptime.

The first tier of the software will be geared towards IT operations workers. With the tools provided, they will be able to generate compute and storage containers, cloud-environment templates, and more. Also, there will be a DevOps version to better accommodate a developer’s workflow. By the final version of the product, Red Hat wants to allow developers to push a button and have their application packaged, tested, deployed, and auto-scaled. That way, said Stevens, developers control the entire life cycle of their software. Have no fear though; both versions will be compatible with the public iteration of OpenShift.

Aside from the PaaS that Red Hat is developing, the company also plans to put out a hybrid IaaS. The selling point will be that customers will be able to use prepaid compute hours from major public clouds (e.g. Amazon Web Services). This offering will come with Red Hat Enterprise Virtualization along with other necessary tools for users to implement their solutions. This too should be available within the next few months.

This last piece of news might pique the interest of those who know that Red Hat is already committed as a contributor to the OpenStack IaaS project. According to Red Hat, the products won’t be competitive, but instead they will be complementary.

The summit was packed chalk full of announcements from the company as it also announced its storage project. Red Hat Storage 2.0 is a project evolved from a company named Gluster, which was acquired in October 2011. The storage software will operate in public and private clouds. Red Hat thinks the selling point for this product will be the ability to easily integrate file and object storage in a single pool. Because the service runs on over fifty types of dual-socket x86 servers, the company can charge $.29 or $.30 per gigabyte whereas the leading competitors charge $1 per gigabyte.

Finally, Red Hat wrapped up the conference by announcing that the company is finishing development on a new management console based on the open source project named oVirt. No announced date for when that was being released to the public, or even when it will be released as a beta.