Gartner released its annual Hype Cycle report and found that consumers may be getting “cloud fatigue” from companies falsifying the benefits of the cloud.

Cloud computing is a great solution for many companies and entrepreneurs but sometimes people misidentify it as a silver bullet to all of their hosting problems. A bigger problem still is when hosting providers don’t do anything to quell customer misconceptions about the benefits as well as the limitations of the cloud, or companies that don’t truly have a cloud hosting setup but incorrectly advertise their services. A research firm named Gartner has started investigating the misconceptions surrounding the cloud, along with the hype, and say that these misconceptions could detract from the benefits of the cloud. 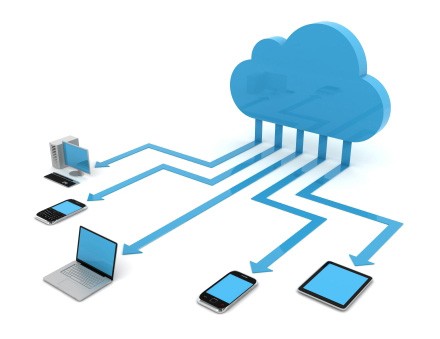 Gartner releases what it calls a Hype Cycle report annually. In its most recent report, the company describes what it calls “cloudwashing” – where some companies say they provide cloud hosting when in reality, their solution is not truly in the cloud. They’re simply trying to harness some of the hype to bring attention to their business. This is the kind of behavior, Gartner says, that could turn users off from the cloud instead of encouraging them to adopt it.

Specifically, the report goes on to say, “Confusion remains the norm. Many misconceptions exist around potential benefits, pitfalls and, of course, cost savings. Cloud is often part of cost-cutting discussions, even though its ability to cut costs is not a given. There are also many reasons to talk about the capabilities enabled by cloud computing: agility, speed and innovation. These are the potential benefits that can be overlooked if hype fatigue sets in.”

Gartner doesn’t only look at the hype surrounding the cloud, however. Each year the company examines hype surrounding a myriad of technologies. Compared to other years, in fact, Gartner has reported that the hype surrounding cloud computing has leveled off faster than hype surrounding past technologies. The company posits that this is because businesses are actually accepting cloud solutions more frequently and with more success than other highly-hyped technologies. However, there’s a potential for hype fatigue even in that statement because the cloud is such a broad term, some cloud technologies are receiving more hype while others are falling by the wayside. Terms like big data, platform-as-a-service (PaaS), and private cloud computing are peaking out right now, says Gartner. Terms that are no longer exciting include software-as-a-service (SaaS) and virtualization, the report says.

The COO of the Cloud Security Alliance, John Howie, says that the cloud shouldn’t be used just as a buzzword, but that people should take advantage of all the many benefits of cloud computing. In Howie’s opinion, he’s seen many more companies putting forth a good effort to reel in customer expectations about the cloud, than trying to erroneously inflate them. Particularly he sees realistic expectations from perhaps the most important cloud customers – enterprise IT executives who make decisions about whether or not to use the cloud in their businesses.

Note: There are a variety of types of solutions that can be found in the cloud. Aside from cloud hosting, businesses could try shared hosting, while still getting cloud benefits. Try NetHosting’s Cloud Virtual Hosting today.

It would make sense that big name vendors do their best to accurately describe what the cloud can and can’t do. Amazon, Google, and Microsoft draw a lot of attention, so inflating the benefits of the cloud could land them in hot water with the law (and their customers), were they to exaggerate what a cloud solution can do for a customer or a business. Unfortunately there’s not a lot to be done about those who purposefully “cloudwash” consumers. The cloud is a popular technology implementation and buzzword right now and there will always be people trying to take advantage of customers trying to keep up on the latest trend.

To make sure you know all about the cloud, talk to our Dedicated Experts™ today, who will be happy to answer all of your questions about the cloud and how what NetHosting offers is truly cloud hosting.